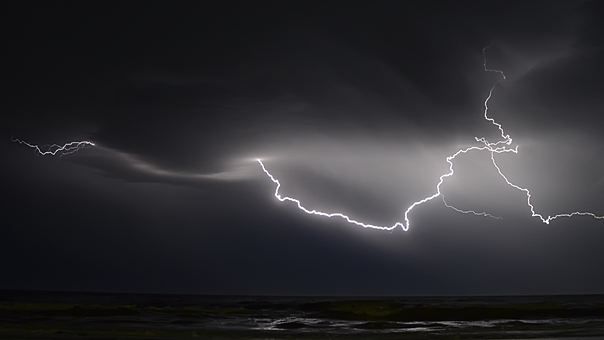 The night I was born a great storm swelled the seas and wrecked the sky. The sea gypsies, in their stilt houses, were flooded with angry salt water. Their pots and pans – their meager belongings – all got swept inward to the land of Levent where the streets flooded and people were forced to flee. I was born high in the Trachant Mountains in a shed. Witch Willa scraped ‘666’ onto the shed door, while my mother wailed in pain.

“The land is angry,” murmured Willa.

“Get it out of me,” yelled my mother. I was stuck. Witch Willa poured medicine down my mother’s throat. A putrid medicine that made her spit up. Witch Willa then did an incantation and I slipped from my mother onto the pile of hay.

“The Beast is born,” said Witch Willa. “A girl. The future Queen Beast. You gave birth to evil.”

I did not cry. I gazed at the world through newborn slits of my eyes. All I saw was pale darkness punched through with candlelight and two women afraid of me.

I grew in the mountains until it was time for me to take power. At twenty-five, I ran for office and won. People craved decisiveness and I gave it to them. After culling favor and defeating a bill on spending, the ministers began to notice me. One such minister was Cloran and he usually frowned when he gazed at me.

“You know,” he said. “During our last great storm over two decades ago my dear friend, the Wizard of Ball, said Satan was reborn.”

“What an interesting story. I don’t believe in Satan. What is the mark of Satan? 666? Why six is the periodic number for carbon. Six electrons, six, protons, six neutrons. This means that all life is marked with evil.”

“Interesting.” The minister walked off. I followed his movements out of the chamber. I knew one day I would be Queen Beast and manipulating the political realm and then uniting it with the wizard realm would forge my destiny for decades to come. I was a woman who feasted on power and triumph. Lack of control was not an option.

After I left the government house I drove high into the mountains and I reached a massive pit. A beetle crawled on my shoe.

“Become my army.” And beetles erupted and turned into soldiers with firmly armored bodies. “I am your Queen. One day you will be called into action.” I turned, smiled and then gazed at the moon for I wanted to control that as well.