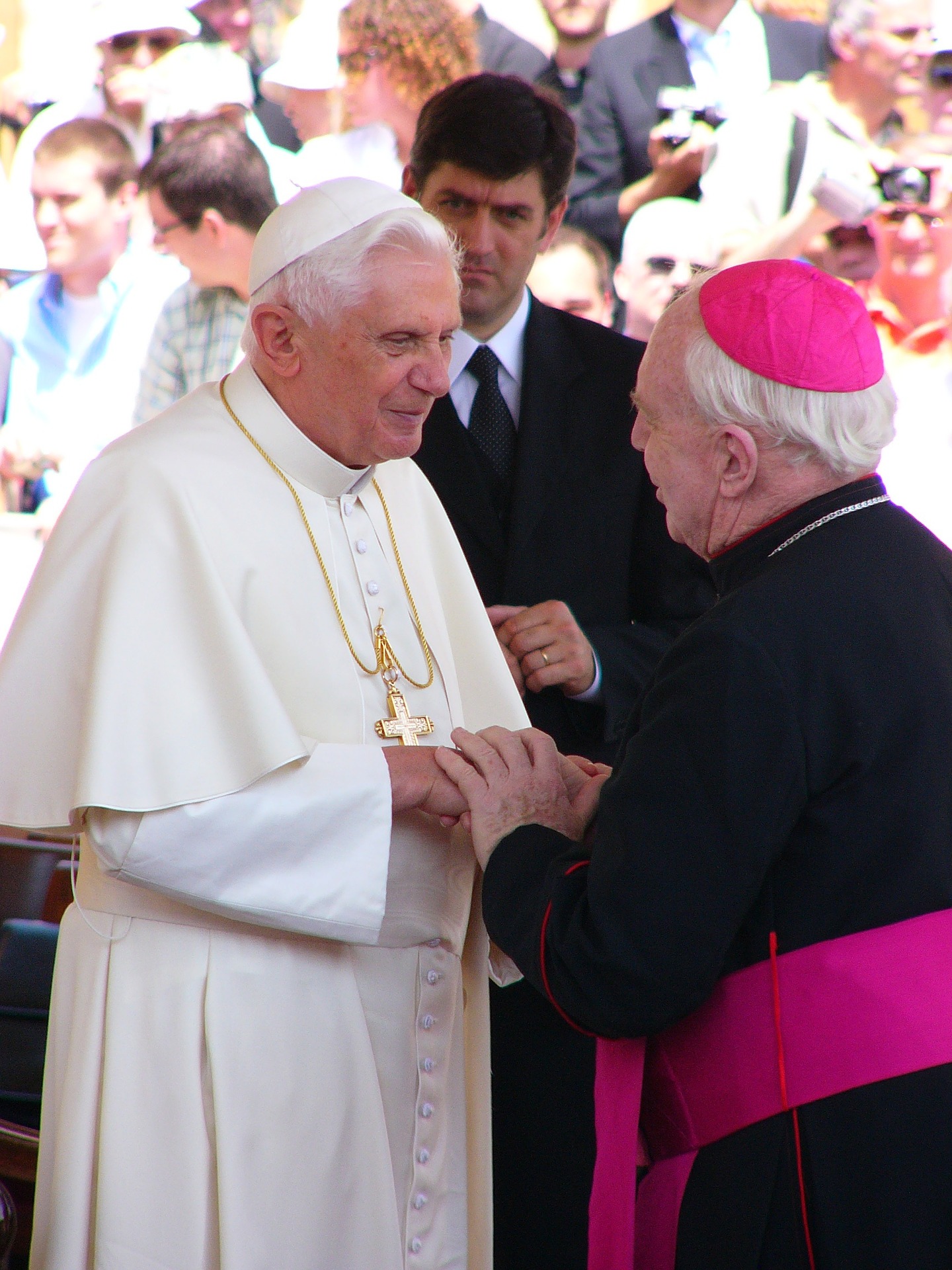 It was a thin soup with some kind of strange looking dumplings in it. Angelino was expecting something unctuous and wholly Italian. His mother never would have made such a soup.

The Pope patted his hand. “Only Northern German cuisine here. I’m afraid I don’t have much of a taste for Italian food, although there was this braised beef, creamy pasta that I tried and it was….,” the Pope smiled. “Heavenly.” The Pope sipped the broth. “But I honor my mother and her cooking. I sent one of the nuns to my hometown to learn all mama’s dishes from my sister. Eat. Eat. It’s tastier than you might imagine.”

Angelino smiled and did as the Pope told him. It wasn’t bad. It needed more salt.

“So why have you called me? So far from my home. I have duties to attend to. I have to feed the poor and oversee the clinic.” Angelino sipped some Riesling. Even the wine was German.

“Ah…I would like to confess to you. You will absolve me. Then I will tell you I am quitting. And I am recommending you as a replacement.” The Pope said it all matter of factly. “Then you can serve Argentinian food in this villa, along with Italian of course, and…do you know how many bottles of wine the Vatican has? Ha. You will never want for wine. The Holy Jesus turned water into wine. The Vatican now thinks it’s the only beverage alternative. Better than Coke I suppose.”

Angelino was shocked. He dropped his spoon and broth splashed onto the damask tablecloth.

“For what? I asked. My brain had frozen.

The Pope was an old man. An intellectual. He couldn’t possibly have sinned.

“You mean the cook who is a nun?” I asked in an agitated voice.

“Indeed. So…absolve me. You’re a better man Angelino. A virgin. No fornication for you. You’re sinless. Maybe you aren’t a man.” The Pope drank some wine. “Yes, you may be an angel. An angel should be Pope. Absolve me and let me rest in front of the TV with wine and a football match. Join me when you’re ready.”

Angelino watched the Pope leave and then he vomited a little into his soup. It wasn’t from disgust. It was from desire for the Pope. Angelino had always had urges. No. He was the sinner. He was never true to his feelings though those molesting priests were always true to their feelings. Angelino was confused. But it didn’t matter. He stopped believing in God in the 70s during the Dirty Wars in Argentina. He was just another priest who lost his faith but kept the job.

“Now, to absolve the Pope.” Perhaps he will let me kiss his feet.