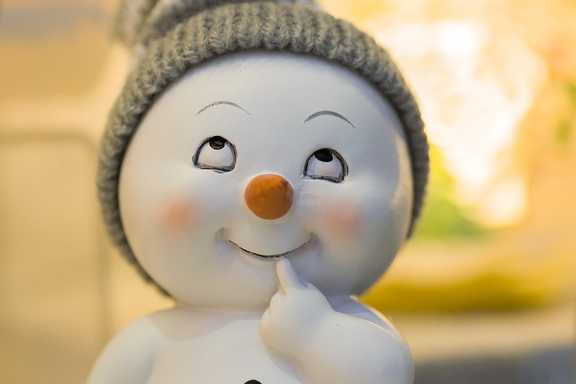 Yesterday I spent few hours building a snowman with the kids. Okay, I built the snowman while they pelted each other with snowballs. He was damn good, even if I say so myself. The kids would have messed it up

The neighbours had the same idea, it was that sort of day, but trying to be different, typical of them, they build a snow woman, complete with a pretty good sized sets of breasts. I’d love to know how they got them to stay up but not something you can ask.

They put a scarf around her head and used what looked like red M&M’s for her mouth. They even hung an old handbag over her shoulder. I hate to admit it, but she looked amazing.

I guess my snowman thought so too. There was a lot of noise in the garden during the night and when I woke this morning there were six snow babies running around my garden.

You know what snowmen are like, they disappear overnight and leave their messes behind. I am not dealing with this. The neighbours are way more responsible than me.

Shows what happens when you try to be too clever.