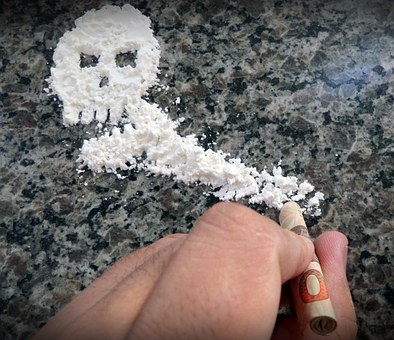 Sweet, stupid people like to take their information lying down. Like supplicants opening their arms to the strange heaven that hung over us (immobilized us) like a bad case of the flu. The rickety, rackety community center offered pliant, oozy yoga mats. I preferred to sit rigidly in my rigid chair. I was a belligerent, smart person with cocaine addiction. Actually, I didn’t discriminate much on drugs or alcohol. I had my uppers and downers. No arrests yet, but there was a close call in Central Park one night. But I was a white man in a Burberry coat, a Rolex, and Ferragamo shoes. The police paid little attention to me. They chased the dealer though. He was black.

Why was I in this class on breaking addictions? Oh yes, I was addicted. I started early. My boarding school was full of drugs.

“Yes, please.” I handed over a tenner. The Valium soothed me. Made me brave enough to go outside.

I was raped, repeatedly, by my mother’s best friend starting at that less than sweet age of ten. He barely acknowledged me in mother’s presence.

“Be a good boy now and get your mother her favorite drink.” It was rum, Cointreau, tonic, lemon, and Sweet n’ Low.

“He’s a good boy, Sarah. Now, runoff Antony. Your mother and I are about to have a riveting conversation about Ezra Pound and T.S. Eliot. You would weep with boredom.”

When mother had passed out, he would come to my room. I won’t say more. I can’t say more.

The community center group leader tried to get me on the mat.

“No, thank you. I don’t like being prostrate amongst strangers.”

“You need to be committed to being drug-free. Right now you’re putting up resistance.”

I was and I had every intention of going to Scalia’s for dirty martinis after group.

Sweet, stupid people…well, they didn’t know my story. The crime perpetrated against me. But maybe I was belligerent and stupid. If only I could articulate the crime. The rape. If only I could be vulnerable.

1 thought on “Belligerent and Stupid (Story by Risa Peris)”