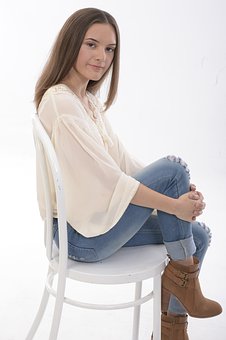 “I’d like to ask for your daughter’s hand in marriage.” Marvin was a tall man with muscular arms and a strange paunch that didn’t seem to belong to him. He had all his teeth, close-cropped hair, and a union job at the steel mill. Carrie’s mother seemed to like him and, to be honest, she wanted Carrie out of the house. She was thirteen, chasing boys, and sometimes ditched school.

“Maybe marriage would be good for her,” said Ethel Marie, Carrie’s mother.

John, Carrie’s father, who also worked at the steel mill shook his head. “She’s only thirteen, mother.” That’s what he had called Ethel since giving birth to Carrie. “What about her education?”

“Oh, she can keep going to school.” Ethel was sure marriage would calm Carrie. The state they lived in had no age requirement for marriage and only one parent had to agree. Ethel decided to ignore John. “Go ahead and marry her.”

Ethel waved her hand. Her show was coming on and she didn’t want to discuss Carrie during it. Marvin backed out of the house.

The wedding was two months later in Marvin’s mom’s backyard. Carrie was thrilled. She got to wear a pretty dress, pretty shoes, and her cousin curled her hair and piled it on top of her head like a crown. She was a princess for a day.

“Marvin,” Carrie said. “Where will we live? I don’t want this day to end.”

“Carrie, we’re living with my mom.”

“You two will grow on each other.”

Two months later, Carrie was daily bickering with Ann, Marvin’s mother. Carrie was expected to clean, dump ashtrays, clean up beer cans, feed the dogs and so many other tasks while Ann sat on the couch and watched TV or occasionally blared Frank Sinatra through her old record player. Carrie barely went to school and the school complained to her mother but her mother said Carrie wasn’t her problem.

Carrie cried to Marvin as Carrie rather liked school, especially now that she wasn’t chasing boys. She missed social studies where she got to learn about all the countries she wished she would someday visit. Marvin struck her.

“Just go about being a housewife, Carrie. I do all the work. You just take care of the house.”

A few months later, Carrie found a Folger’s can full of cash. Two thousand dollars. It was in a spare room closet. Carrie began to plan. She would pack a backpack emptied of her school supplies, board a bus for the capital and then board another bus for Chicago. Then she would go to one of those youth societies or churches and ask for a divorce. She was abused, wasn’t she? She was still only thirteen. When Ann was snoozing on the couch Carrie made a list of organizations in Chicago that might help her.

Carrie left on a Wednesday when Marvin worked a double shift. She smiled brightly as she left for the bus. Before boarding the bus, Carrie got to thinking. A thirteen-year-old doesn’t know anything about anything. She should never have gotten married. She didn’t even know it was possible until Marvin explained it was legal. Carrie set those feelings aside. She was heading to a big city where she could finish school and maybe go to college. And maybe, just maybe, she could visit all those countries in her social studies book.

Carrie was just about to step on the bus when her mama grabbed her. “No, you don’t. Get back to that house and be a housewife. You’re nothing but trouble.” Carrie kicked and screamed. The police came but after a conversation, Carrie was released to her mother.

“You’d think this was the Sudan,” yelled Carrie.

“What the hell is the Sudan?” screamed her mother.

And that was that.