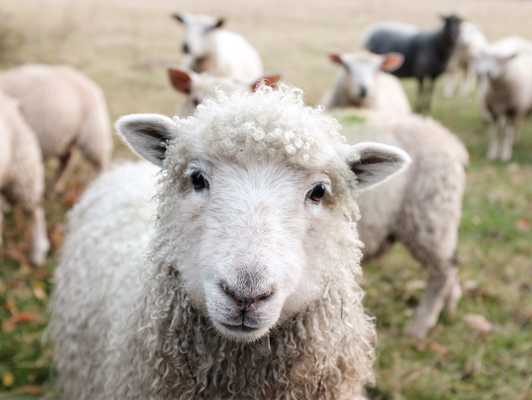 Oh my, I do not think this night is going to end well.
The night sky is clear but the moon has sunk into the sea now and there is an early winter chill in the air. An eerie stillness hangs upon the hillside and I sense danger close by.
The little man-lamb who watches over us has been playing the same trick on his flock every night for almost a week. I could smell the anger on them last night when they came and found no wolf attacking, yet again. Even the man-lamb, who seems to notice little, knew he had gone too far with his joke. He did not roll around on the ground laughing like the other times. Instead he vowed aloud to behave in future.
But I fear it is too late. His flock told him to never call them again and our little protector is neither strong enough nor brave enough to do his job. Tonight my sisters are nervous, restless. I try to ease their plaintive bleating. How unlucky would it be, I ask them, how unlikely, for the wolf to choose this of all nights to attack?

Photo by Sam Carter on Unsplash