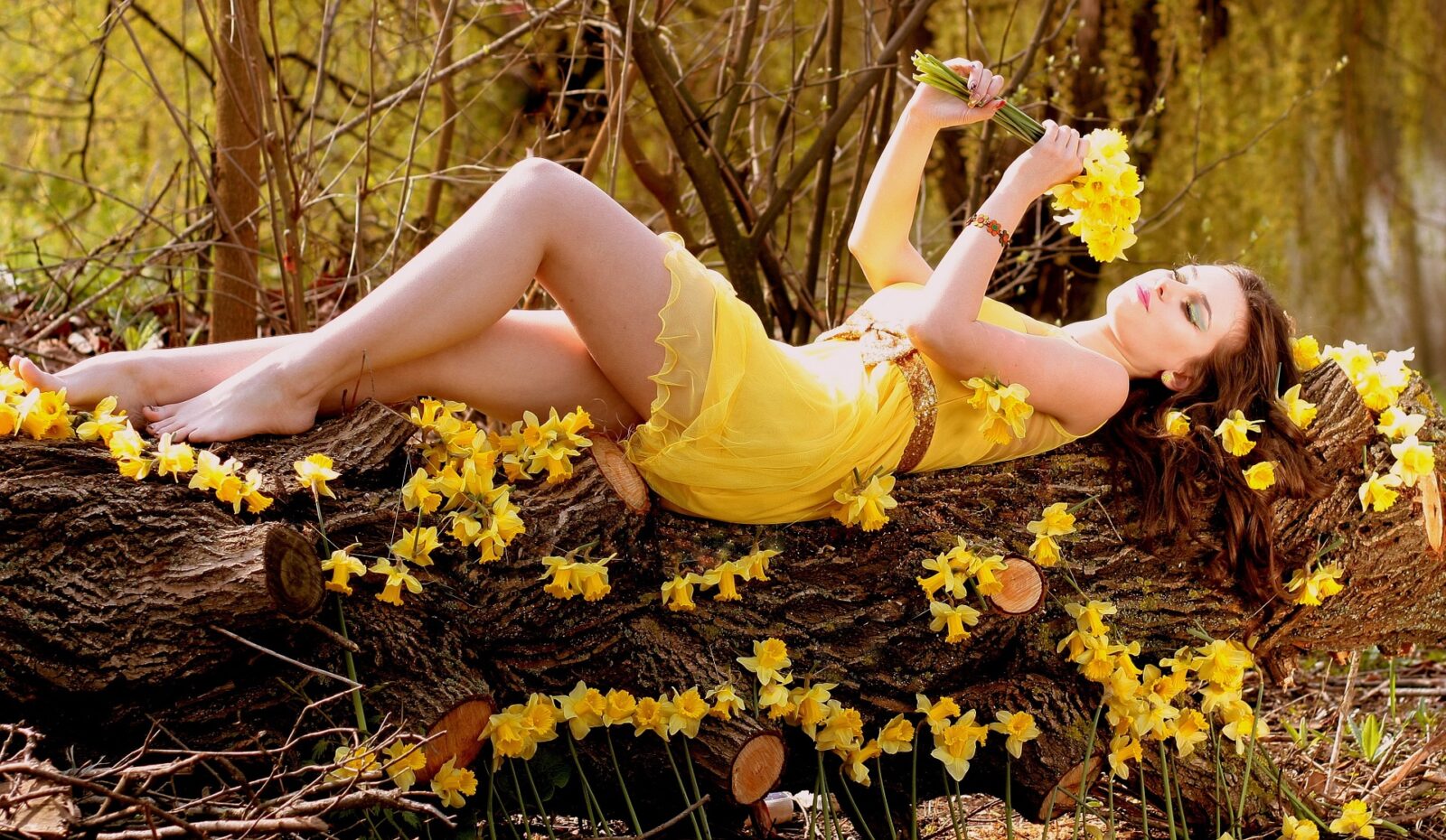 If he had to provide a reason (and in these cases nearly everyone demands a reason) he would say it was the daffodils. Mrs. Mersham brought them into the office along with a tin of homemade toffee. He, John Withers, rejected the toffee. He simply did not trust the toffee and his teeth to get along. He might lose a tooth. He was quite taken though by the daffodils. Mrs. Mersham placed them on an unoccupied desk by the window. It was a brilliant Spring day. A perfect temperature. Cotton ball clouds. A slight breeze. He looked at Ms. Smyth. She was quite smart looking that day in a maroon and pink dress that accentuated her bosom. He was smitten by her from the day he hired her in his dull accounting firm.

Mrs. Mersham was disappointed that he wouldn’t try the toffee.

“I like the flowers,” he said. Her face brightened. And so they sat in what used to be Brian Flangers desk. He died a few months ago exactly three days into retirement. Business wasn’t doing well so John held off on hiring a replacement.

John stared at the brilliant, slightly swaying flowers and then he heard it. Ms. Smyth was speaking in a low voice on the phone. Lower than normal and whispered something about meeting for lunch and then the words – I love you. John felt an instant twist of his bowels. She loved someone and it wasn’t him.

Ms. Smyth walked to the window. She was prancing like a show pony.

“Oh, aren’t these flowers beautiful! Don’t you think they are beautiful Mr. Withers?”

He cleared his throat for grief had struck him. “Yes, lovely.”

When lunch time came, Ms. Smyth powdered her face and applied a pinkish shade of lipstick.

“Just off for some fish and chips, Mr. Withers.” She smiled widely. John quivered.

“I’m off for a sandwich. Butter, cheese, ham. Would you like a sandwich, Mr. Withers?” It was Mrs. Mersham.

“No, thank you. I have an apple and some cheese. I’m working through lunch.” John was distracted by the beauty of the daffodils and the pain wrenching him. He stood up and stared out the window. The sea was less than half a mile away. He could smell the richness of the sea as he leaned out the window. In so doing, he knocked the vase over and the daffodils went tumbling out the window and onto the ground three stories below. He must get the daffodils.

As he collected the stunning blooms he stopped. He began to gather rocks and shove them in his pockets. He walked slowly to the beach, removed his shoes and socks, and walked forward into the cold water. Yes, he must die. His life was gray and dull. Only Ms. Smyth and the occasional daffodil could brighten his existence. He was nearing fifty and pining for a woman in love with another man. It was intolerable. He had no goodbyes. Only pain – puzzling, untouchable pain – that needed to be quashed. As he submerged he saw above him a single daffodil bobbing on the surface and alight with the glory of the sun he would never see or feel again.