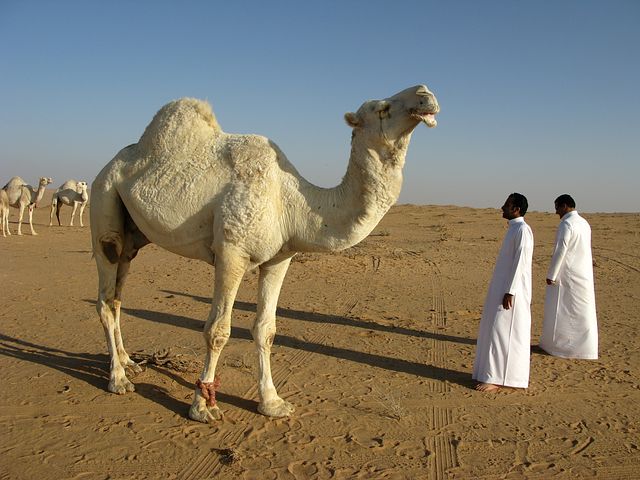 Now he was in Saudi Arabia watching a sword dance. He was a welcome visitor but Daring was afraid, though he would hardly acknowledge it in the moon soaked night and the smell of roasting lamb, and he did not have the full backing of the United Kingdom.

He was not T.E. Lawrence. He was Daring from Birmingham with a taste for adventure and an accent that nearly everyone found difficult to understand. He was hungry for a woman. No woman amongst the nomads would touch him. They barely looked at him.

Daring rather liked Middle Eastern culture and the heat did not bother him.

Daring stood on uneasy legs and attempted to mimic the sword dance. It was quite fun once one adjusted to the weight of the sword.

“Do you think Europe will go to war again?” asked one man as he hit the ground with the sword.

“Mostly likely,” he said. And he believed that to be true. Europe would have a second tribal war, which is exactly what it was. A tribal war between tribes in Europes. It would have been shocking to say that in Europe. In Saudi Arabia, that had fought the Ottoman Empire and won, it was a fair assessment. Other countries have tribes. Europe intelligent cultures only. Hyprocisy.

The man looked at Daring and raised his sword. “I’m sorry but tribal warfare is no longer welcome here. I appreciate you trying to learn Arabic and our ways. However, the group thinks you are a spy and must die.”

Daring, without meaning to, let go of his sword. That is when the man crashed the sword into his skull. Daring was not quite dead when the man promised to send his body back to Birmingham.

As Daring lost blood and consciousness the man whispered, “I’m sorry. We must carve our own path without Europeans. Take care my friend. You helped us once but we must do things on our own now. You understand don’t you? Think of when you learned to walk. You had, at one point, to do it on your own to gain independence.”

Daring gurgled blood and spat. “I only wanted to learn your ways.”

The man chuckled. “You have learned.”

The man became king and transformed an entire region from Bedouins into metropolitans. Now his ancestors brutally kill journalists and build luxurious hotels to imprison princes in the middle of a fire pot of sunshine.