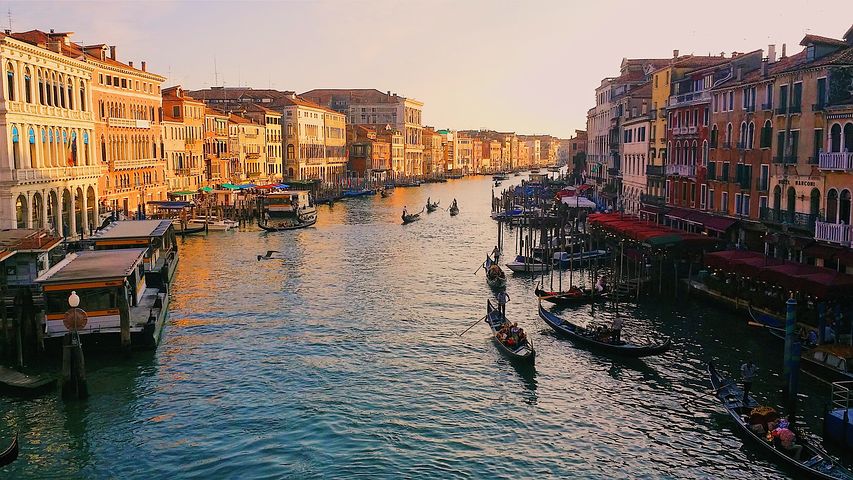 Marco Polo was born into a family business of trade and exploration. His family sought precious goods that could marvel the luxuriant Venice and the rest of Europe. Marco was born with courage and curiosity but, more importantly, he sought money. Money drove his epic travels.

Marco was dark haired, fair skinned, with facial hair. He set off on a 24 year journey covering 15,000 miles. He brought back wealth that he converted to gemstones. When had returned to Venice he found his city-state was at war with Genoa and he was imprisoned. He dictated his adventures to a fellow prisoner. The man’s name was Pisa. I have found, buried in a flooded lower floor of a Venetian citizen, a book of Pisa. The house was owned by Lucretia de Monticello. She was an opera singer and was disgusted with the rising level of water on her first floor. She spent nearly all the time on her second and third floors. I, her assistant, like to roam the wet first floor as many ancient books were cluttered there. Her father had been a book dealer. Only a quarter of the books were damaged. As water levels increased, Lucretia had paid homage to her father by piling the books higher. Eventually, she would have to move all the books to her second floor where the piano was. Her patience was thinning though. Her passion was opera.

I was a flautist, violinist, pianist, and guitarist. I was English but fluent in many languages. I could read Pisa’s book. He wrote:

Marco Polo was halfway to China when he stopped in a far flung city under Mongol control along the Silk Road. The women, Polo said, were lovely. They were kind and accommodating. I fell in love with one. Her skin was like milked tea and her eyes gray. She wore silk over her head that shielded her luxurious chestnut colored hair. She was young. Unmarried. I bedded her. She was quite willing. However, she told her father about the affair even though I asked her to keep it a secret. He led a crowd after me and I fled the city and continued on the Silk Road. I loved her, said Marco Polo. Her name was Shasha. Let her name be known for posterity.

Lucretia stood on the stairs. She didn’t want to get her feet wet.

“What are you doing?”

“It seems Marco Polo had an affair with a child.” I held the ancient book in hands.

Lucretia, at the beginning of her fifties, waved her hand. “Men and young women. Why do men always cast off older women? Come up. I need to practice with the piano.”

“You should get a book dealer in here to assess these books. You could be sitting on a fortune.”

“Darling, I’ve made a fortune from my voice. I am better than that silly little girl Marco Polo loved.”

I walked up the stairs and dried my feet. I knew the books would one day drown in the Venetian waters as well as all the strange and important history held in those books.