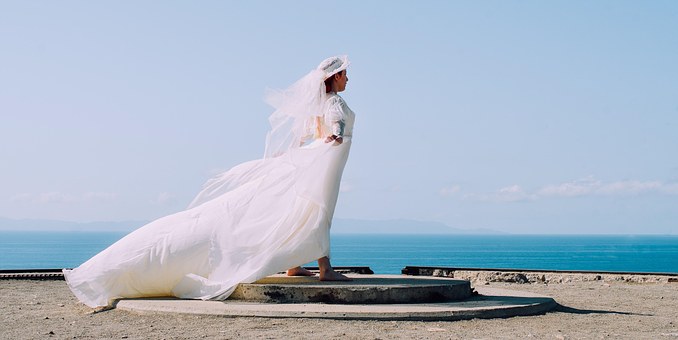 I was a pale bride. An ivory statue.

My parents were thrilled about the marriage. Damian was an executive on Wall Street and went on many business trips across the world. He was educated, like a dutiful Crispin Prep graduate, at Princeton and Yale. Emily, a friend all throughout my four years of Bryn Mawr and one of my bridesmaids, thought he was handsome, charming, and a “marvelous catch.” I think she was rather jealous. She was between boyfriends and struggling to find a permanent job in New York City with an art history degree. When I got engaged she started talking about going to law school. I too was an art history major, but through my mother’s connections, I easily found a job at a gallery in Soho. That’s when I met Damian.

“I’m looking for a wise investment and something to hang above my insanely expensive leather couch.” He spoke so smoothly. It was like his tongue was gliding across crystal water.

After eight months of dating, he proposed with a ring from Tiffany’s.

Does this sound like a fairy tale? The beginnings of a romance novel?

I should reveal my secret. Damian was abusive. My wedding had long sleeves and under the satin and lace were purple, blue, and yellow bruises. Emily had seen them as she helped me into the voluminous gown.

Emily whispered in my ear, “What happened?”

“I fell,” I quickly responded.

“Oh.” She frowned and then shrugged. “You’re a vision.” Then my mother and the other bridesmaids entered and cooed and ahhhhed and so on.

Now I stand at the head of the aisle where my bridesmaids, in lily pad green, had strewn white petals. My mother was dabbing her eyes I looked at Damian and imagined him on a pyre in blazing fire. There was a large smile on his face. I wanted him to burn. I took a step forward in my silver shoe and then began backing away. The statue had come alive. All the fibers of my body curdled. I screaming silently in my head.

I will not live with a secret. I will not marry a secret. I ran as far as I could in my bedazzled shoes. It was New York City and no one really paid attention to a woman in a wedding dress. I loved the anonymity. The freedom. The freedom from Damian. I threw my bouquet in the trash.