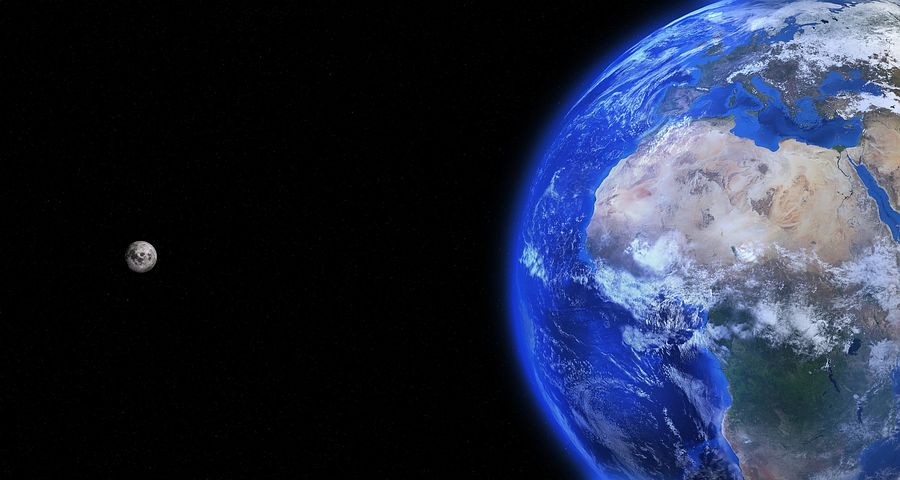 The Wright Brothers, one with a mustache and thinning hair and one bald on top with an angular face, were dedicated, passionate, and never let something as silly as failure to deter them from building and flying the first airplane in 1905. Man could soar like the birds: those ancient descendants of the dinosaurs who for millions of years roamed the Earth with little advancement. Their existence, while primal was also effective. Life was thriving until a meteor wrecked the Earth.

On July 20, 1969 two members of the Apollo 11 crew, Buzz Aldrin and Neil Armstrong, landed on the moon, while Michael Collins stayed on the craft, drank coffee from a tube and enjoyed the marvelous spectacle of the Earth and the moon. The crew was required to plant the American flag, but Neil Armstrong made a statement, memorable in its simplicity, that celebrated all of mankind – three billion of them swarming on the blue planet in the distance.

My name is Roger McClellan and I have spent 605 days in outer space on the international space station. My wife gave me all of the Game of Thrones books to read (I had been too busy to watch the show) and my copy of Moby Dick with the broken binding and notes stuffed inside it. Moby Dick was my favorite book. Dangerous adventure and an obsession with capturing something however small or universal. I was seeking infinity.

After 200 days in space I got to what I thought was the last book of Game of Thrones and then threw it into zero gravity, which meant it floated because it was not the last book. My wife didn’t give me the last book.

“Who wins the throne?” I yelled. My fellow astronauts had sympathy for me.

Mia had watched all the shows. “It’s not who you think. Authoritarianism is brittle. It feeds itself on death and fear but slowly crumbles on the inside.”

She smiled. She was our biologist and medical doctor. “Make sure you exercise every day and mark it on the chart.”

“Who gets the throne?” I exclaimed.

“Not who you think.”

When I reached 605th day I boarded the shuttle for home. Re-entry was possibly scarier than breaking the escape velocity.

After my 10th day on Earth, I was sitting on the beach in Key West with a Corona when my insides felt like they were liquifying. I coughed and blood splattered across the sand.

“Becky,” I yelled. She was in the ocean swimming. I swilled some beer to get the taste of blood out of my mouth. “Becky.”

“You have four opportunistic infections and two are highly contagious. I don’t know if we can save you.” Dr. Patel closed my chart. “Funny thing about zero gravity and sterile outer space – it forces the immune system into hibernation and then when you come back to Earth you are susceptible to all types of diseases. NASA should really look into that.”

“Dr. Patel,” I coughed more blood. “How does Game of Thrones end?”

“I don’t know. Someone told me the paraplegic boy becomes king. But I didn’t see it.”

So human fragility can conquer and rule. We need only our immense brain space to crack the code. We need only obsession like Captain Ahab. I rolled to my side. I will never see us go to Mars. This was my only regret.