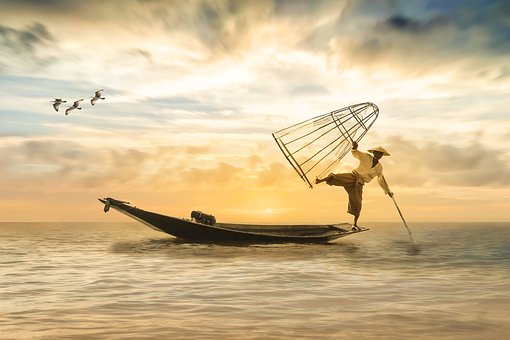 “And how my illustrious Historian shall we document the Grand Intelligence of the Emperor?”

The Court Historian clucked and then smoothed his heavy silk robe. He set his quill down.

“Suki-san. Why is this confusing to you? The Emperor is the most intelligent mortal man to have ever walked the Earth. He is only slightly, very slightly, less intelligent than the Creator of the Great Sky. Now please, we need fifty pages describing the intelligence of the Emperor. We need to present it to the Court by the end of the week. I suggest you direct your Assistants. If you embarrass me I will have you beheaded.”

And so we set to work writing floridly about the intelligence of the Emperor. It was a very difficult task. I had never really looked at the Emperor and when he spoke it was to ask for rice wine, fish, or to order the beheading of someone he was displeased with. The Emperor said very little and when warriors and leaders visited he whistled when he was annoyed or tapped his sword once for ‘no’ or twice for ‘yes’. The Emperor could not be bothered to talk. You were only allowed to ask yes or no questions. It was hard for me to determine if he was intelligent. And then I realized something. The Emperor was so intelligent that he did not need to communicate very much. Words were silly. True power and intelligence were silent and dismissive. I and my Assistants agreed and we wrote the fifty pages.

“Quite good, Suki-san. Now present it to the Emperor.”

“I don’t feel well today.” He sat down as a slave poured him some tea.

I walked into the chamber where the throne was with a huge sheaf of papers. I bowed but the papers unbalanced me and I fell forward and broke my nose. The papers scattered and I, with a bloody nose, picked up the all the pages and was careful not to drip blood on them.

“Dear Emperor of All the Kingdoms, I am sorry for disgracing myself in front of you. I have in my hands fifty pages documenting the Great Intelligence of your very singular mind.”

“Slave,” said the Emperor in a puny voice. It really was such a small voice for such a Great Emperor.

A slave took the pages and gave them to the Emperor. I could hear pages shuffling. Then he tapped his sword twice. I backed out of the chamber with great respect and relief that my Great History of his Great Intelligence was accepted. I told the Court Historian.

“Suki-san. The two taps mean nothing. The Emperor of All the Kingdoms cannot read.”

“Suki-san. You are lucky. He cannot read. He might have tapped once and had you beheaded. You were lucky today. Yes, indeed. I assume your broken nose amused him. Now, the next assignment is to document how many women love him and how no woman, except for the Princess, is suitable for him. But watch out. The Princess can read. If she doesn’t like what you wrote she may whisper to the Emperor to take off your head. The Hall of Doom in the basement is lined with the preserved heads of Assistant Historians. It is very hard to please the Princess.”

I trembled in fear and had a longing for my village. I think my days at Court are numbered. I will bring disgrace to my family. At some point, my head will be in the Hall of Doom. I should never have strived to succeed. I should have quieted all ambition and been content to fish in the sea like my father. Ambition is for fools, especially when you are disallowed to look power in the eyes.