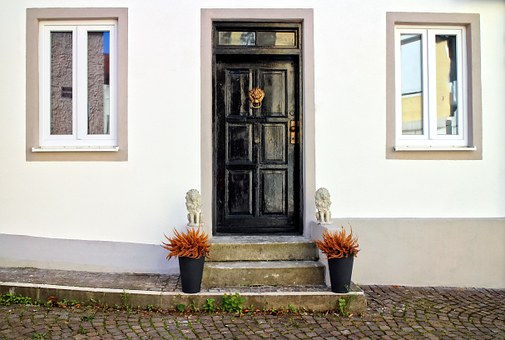 ‘Remember Mr Harris from number thirty?’ my wife asked as she put my dinner on the table. Frozen pizza, burnt around the edges.

‘Sure,’ I told her, unsure of how to approach the thing on my plate. ‘Haven’t seen him around for a while.’

‘He’s dead,’ she informed me, taking the seat opposite. She had prepared a salad for herself. ‘Apparently he’s been dead for months, maybe even a year.’

‘They found him this morning. In bed. The postman called the police when he noticed how much stuff had built up in the hall. There was people at the house all day. Ambulances and stuff. Even a film crew, it’s going to be on the news.’

‘Poor Mr. Harris. He used to play bingo with Mum.’

‘There wasn’t much left of him. But the smell was bad.’

I pushed my plate aside. ‘We should have…’

‘Yes,’ she agreed, ‘we should. What sort of society do we live in? That’s what it will say on the news. In the papers. What sort of neighbours are we?’

I sighed. ‘It’ll be years before they sell that place.’

‘The housing crisis being the way it is, I wouldn’t bet on that.’

11 thoughts on “In the Neighbourhood. (bp coyle)”