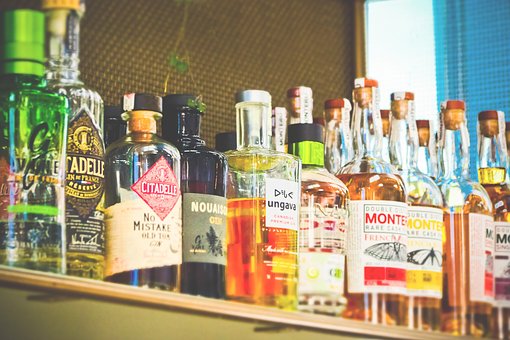 it was always men who rankled my ire.
i mean can’t a woman get a drink – a nice, neat bourbon
at some dive where the jukebox always plays friends in low places by garth brooks
without some slob, some damn slob…
breathing boozy air in your ear, whispering something weird, sending jolts up your spine
i wasn’t young…latter end of my forties, boobs high and firm courtesy of doc Horowitz
but my eyes were getting wrinkly, the gray eyes fading like i had cataracts, deep laugh lines
except i didn’t laugh so much, found little funny…does humor take a nosedive as you age?
louis ck could get me going…dave chappelle…damn…not much else
anyhow, i was in my dive. yeah, it was mine. been going there for twenty odd years.
same bartender. chuck. he didn’t laugh too much either. he was even older. latter end of…
ahhh, i don’t care. he poured strong drinks. that’s all that mattered.
anyhow, in this dive a bachelor party came in. hootin’ and hollerin’.
they did kamikazes, coronas, jello shots, a whole mess of stuff.
it was loud and chuck had the tv on a baseball game. i watched. might as well.
baseball was for people who liked to watch the grass grow.
i was on bourbon number three when some young guy, kinda handsome if not for the hard square jaw that made me want to slug him, sauntered on up and offered me a jello shot.
join the party, he said. he laughed like something hilarious just happened.
i said, son get a grip. actually, i think the whole party was in the latter end of their 30s so saying son aged me like i was a senior eating tapioca in a retirement home.
he grabbed my right buttock and did the breathy thing in my ear.
i gave him a left hook causing him to stagger backwards. chuck stood and watched.
You want to cash out irina? chuck was topping off a beer for some guy watching me with a smile..his skin seemed crunchy, flaky…probably psoriasis…i didn’t like looking at him…and square jaw was with the bachelor party again pointing at me in between rubs of his jaw.
cash me out chuck. the night was still early and the valley was soaking in traffic and fluorescent lights. i stopped at yoshinoya and ate a double beef. Some guy picking through rice said i had nice boobs. yeah. i took my double beef and left. i had a studio in sherman oaks. i had three jobs and two were telemarketing. i hated my life but men rankled my ire more than crappy jobs.