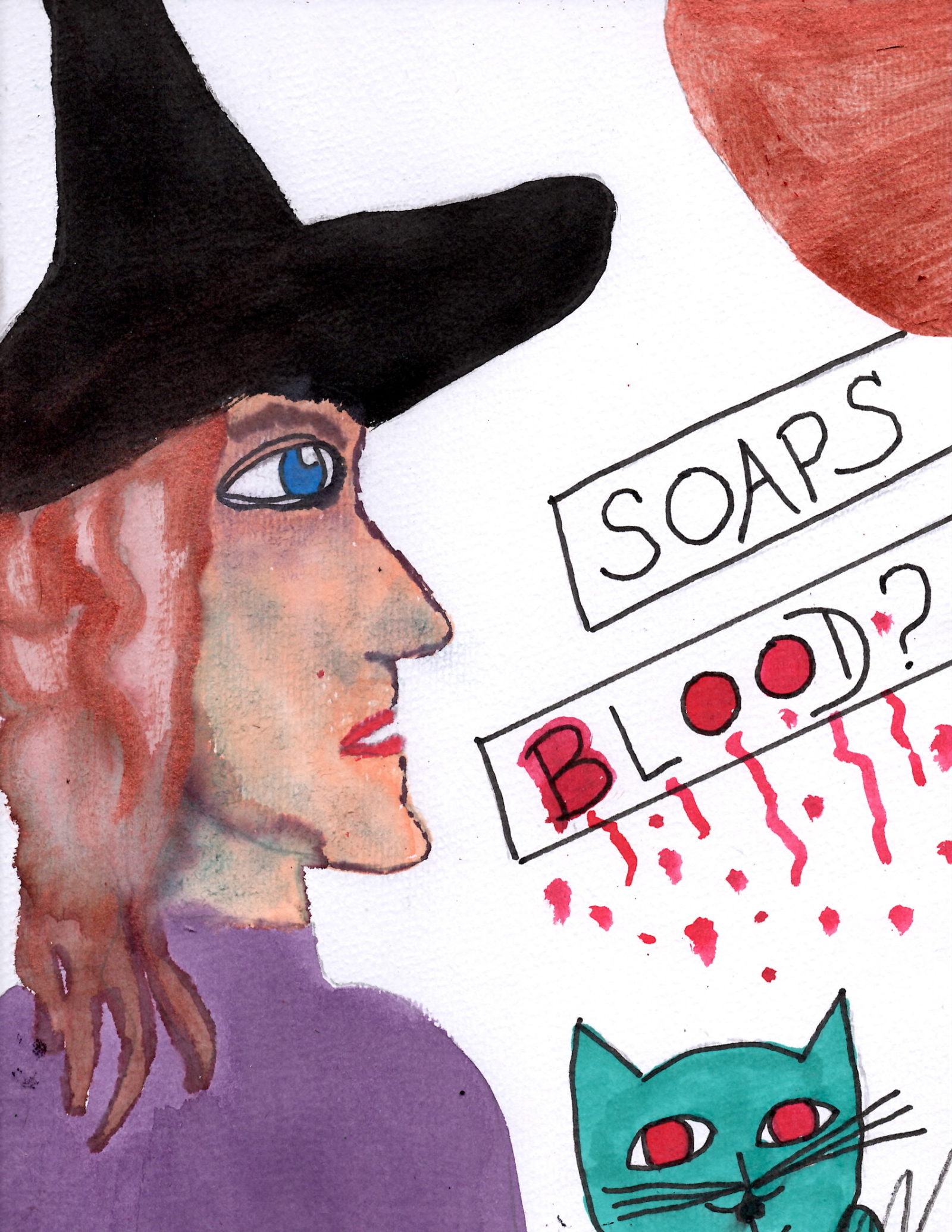 Oh, I was quite done with it all. It’s not easy being a witch. I was tired of being ogled and whispered about. My home was on the edges of Salem, Massachusetts. It was nowhere near where the witches from the Salem Witch Trials were tried and murdered for the crime of witchery. The whole ordeal pushed my relatives to the woods in those days. The deep, dark woods where mushrooms sprouted like dirty fingers and the night was so dark everything bled into a void. Some of the older witches, in those long-ago days, would kidnap babies and then bleed them. Back then, old witches rubbed baby blood over their sagging skin to ward off age. It didn’t work and such gruesome things ended when Esma, the new leader of the coven, came to power. The witches still did potions and danced and flew around the fire high on hallucinogens. But Esma stopped the kidnapping of children. It would take centuries before our image would recover. Nowadays, witches are a tourist attraction. I used to live in Salem center and tours would go by and point to my home.

“A witch lives there,” a tour guide would say and tourists would take pictures.

Ha. I was not an attraction. I was a respectable witch who did potions for sad people seeking love and to mend their hearts from heartbreak. I was not evil or mean. I was tired of being pointed at so I moved to the edge of town. The forest was near. I hauled all the books I had inherited on witchery and the occult. I built shelves and lined them all up beautifully. I built a beautiful potion laboratory. I had fun decorating my house. My cat, Priscilla, fussed a bit but she grew to love the four levels of the house and the wide closets. And we loved being near the dark woods, which crackled with mischief in the night.

The problem was that in moving to the edge of town, I was no longer attracting business and my funds were running low. So I went to be the laboratory and made soap. Beautiful hunks of artisanal soap. I also made oils and creams. To ward off age, the label said. I thought of the witches so long ago that bled babies. I shivered. It was simply not necessary when rosemary oil could soften wrinkles. I had so much product, I rented a store on the tour route.

WITCH BLYTHE – SOAPS AND SUNDRIES TO CURE YOUR ILLS.

The store became popular and I began making special orders. A woman came to me with terrible eczema and I was able to concoct a wonderful creme that erased all the scaly skin. The woman was thrilled. That was in December.

In January, a baby went missing and the police came to me and questioned me.

“Did you kill the baby?” asked a female officer.

My jaw clenched in anger. “Never. I had nothing to do with it.”

“There’s history…a Mrs. Cardinal said you cured her eczema. How exactly did you do that?”

“With herbs. A secret potion.”

“But it was done?” The female officer smiled tightly.

They got a court order and raided my home. They even took Priscilla. I went before the judge and he scoffed.

“You have no proof of anything,” he said to the prosecutor. He let me go and released Priscilla. I went home and wept.

It’s not easy being a witch. No matter what you do or how you do it, you are always suspect and suspicious. A single woman on the edge of the woods living with a cat. A crime happens and you are hauled in. Well, it is Salem. And there is a history. But…even so…I’m no murderer. I closed my shop, packed again, and fled for Canada. I don’t think they ever killed a witch in Canada.