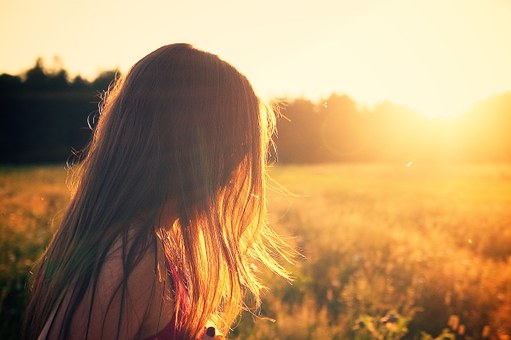 The sky was yellowing. It looked like an egg yolk and the steamy air made it melt – ooze as the inside of an Easter Cadbury egg would on a warm Easter in the park. Crest Park had an egg hunt there every year. Dada always took me.

I felt bored. Dada was listening to Frank Sinatra. Fly Me to the Moon. He was singing along with it, while I sat on the porch with Bessy, my doll whose face was scarred by crayons. I had tried to put makeup on her like the ladies that visit Dada. Those ladies go into Dada’s bedroom and make a lot of noise. I cover my ears but the moaning wiggles its way in like a worm.

I got up and circled the house. The house was white with peeling paint. There was a shed out back. Normally it had a big padlock. Today the lock was off. I drug Bessy across the burnt grass and opened the shed. It was dark, musty, and had the smell of unwashed dishes. There were rickety shelves and on a middle shelf, one that I could reach, there was a jar of something. I picked it up and shook it. I nearly dropped it when I discovered the jar was full of teeth. I set it back down quickly as if it was on fire. I was frozen. Then I noticed a trunk. I think it had belonged to grandma. I remember Dada dragging it out of her house after she died. There was no lock on the trunk so I opened it. Not quickly. Slowly. I was afraid of a snake or maybe even a small man might unfold its body from the trunk. The lid creaked and cracked and I discovered clothes. Girl clothes. I held up a flowered blouse, pink pants, yellow panties. All the clothes looked to be my size. Some of the clothes were pretty and some plain. I wanted the shirt with purple flowers.

That’s when I heard it. Sirens. They drowned Sinatra. I hurried out of the shed to the front of the house.

“Dada,” I yelled. The police cars were in front of our house and men with guns, large guns, clomped in their thick, black shoes into our house. I stood still. My heart was beating faster than a hummingbird’s wings. The police pulled Dada out in handcuffs.

Dada saw me. “Don’t you believe a word they say about me, Jezebelle? You hear me? You believe in your Dada. I will always love you. You’re my little ladybug.”

They shoved Dada in a police car and they were off, except for one car. Two officers stared at me.

“I was safe with Dada.” I was near tears. The officers didn’t listen to me. They were on their phones and one of them, the one with the oversized belly, said something about capturing the child killer.