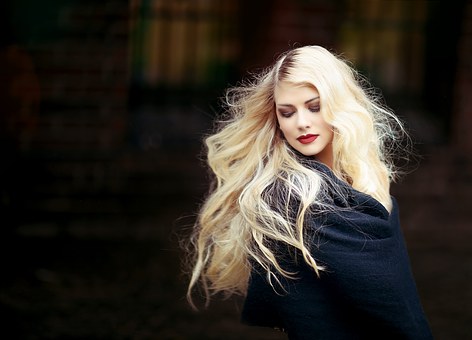 There was a blizzard in November. That hadn’t happened in years. Michael drove to the countryside; his cabin by the river. When he arrived he discovered the heating was not working and so he went to town and bought an electric heater for his bedroom. On Friday, for he was taking a long weekend from the law firm, he went out bundled in his coat and boots. The snow was piled high. Large drifts. He didn’t venture far for fear of getting lost. Michael stared at the nearly frozen, sluggish river and felt lonely. It was a deep loneliness. He began to build a snowman but as he worked the snowman began to look more female and he molded her carefully. Breasts, hips, full lips, cat’s eyes. She was lovely. It began to snow as Michael appraised her and as the flakes floated the snow woman became a real woman until she stood in front of him with her glorious skin. She was not shivering.

“Thank you for bringing me to life,” she said in a melodic voice. Michael rubbed his eyes. The snow woman laughed.

Michael, who was fearful he was hallucinating, asked her name.

“Katerina.” She held out her hand. Michael grabbed hold of her and pulled her close. Her blonde hair fluffed in the wind.

“You must be cold.” Michael felt quite protective of his creation.

“I prefer the cold. Take me home. But only if it his cold.”

Michael led her to his cabin. It was frigid. Katerina, quite nude and lovely, was dressed in old clothes that had belonged to his ex-wife. He didn’t like seeing Katerina in his ex-wife’s Boston College shirt (his ex-wife was a stunning pain in the arse) but he was thrilled Katerina was in his home.

That night they made love. Michael did not know love could be so beautiful. At the end of the weekend, he drove her back to Manhattan. He had a co-op near Carnegie Hall.

Michael heated some water for coffee and Katerina screamed when she saw the fire.

Michael went back to the law firm. He told his friends he had a beautiful girlfriend. They patted him on the back. A few days later Michael took Katerina to Saks for clothes. Her taste was quite expensive. As they walked, they passed Rockefeller Square and saw the giant Norwegian spruce being decorated. Christmas was so close. Michael had never been happier.

Katerina nodded. Her blue eyes were luminous. Michael shivered. There was something doll-like about her eyes. Something strange.

Katerina dressed in a red dress with no coat. It was frigid outside. The Russian Tea Room, with its glass, mirrors, red leather, and ice sculptures looked like a fairy tale and when Katerina entered the fairy tale was completed.

They ate in peace. Katerina had little to say other than she didn’t like heat and ordered only cold foods. Michael could never engage her in conversation. It was as if she had emerged from a book. The waiter was very attentive to Katerina and Michael noted she was the most beautiful woman in the restaurant.

After the meal, they walked for a block. Michael could smell roasting sweet nuts from a vendor. He loved those nuts. He pulled Katerina to the vendor. The vendor was roasting the nuts over a giant flame. The vendor, a tall, black man with a blue cap, smiled at Michael.

The vendor stirred the nuts but the pot tilted and a blue flame shot out and Katerina screamed and then, to the horror of the vendor and Michael, she melted until there was just the pile of her red dress.

The vendor was shocked. “That woman just disappeared.”

“She was a snow woman. A snow woman. My very own fairy tale.” Michael cried and shouted and the police were called and they took him to the hospital who then transferred him to the psych ward. “I’m not crazy,” Michael yelled even louder. “Ask the vendor. She existed. As the waiter at the restaurant.”

The police did nothing. “Just an overworked lawyer lonely during the holidays.”

Michael couldn’t stand the loneliness of the frigid day and when he was released from the hospital he jumped from his building. Clasped in his hands was a red dress and a bag of snow.

This is where Michael’s story ends.