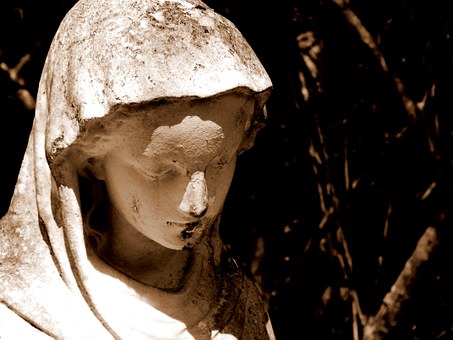 One Sunday my Dad dropped by with news. He was off to Lourdes the following day. Some friends were going and one had dropped out so there was a free place. He would be gone a week. I wished him a pleasant trip and he went to prepare.

There was no word from him on the following Monday, or the day after. I phoned. I strolled over to his place. Nothing

By Thursday people were ringing me, my brother, my aunts, all wanting to know where he was. I had no idea. I didn’t even know who he had traveled with.

He turned up on the next Sunday, one week late. I found myself uttering words that I had never expected to be saying to my father. ‘Where the Hell have you been? Do you know how worried we were?’

My Dad was nonplussed, failing to see the problem. He got the information wrong, it was two weeks not one.

‘Why didn’t you ring me?’ I demanded.

That threw him. ‘Oh,’ he mumbled. ‘Mobile phones don’t work there.’

Despite my anger I almost laughed. That must be the miracle the Catholic Church don’t want to reveal.