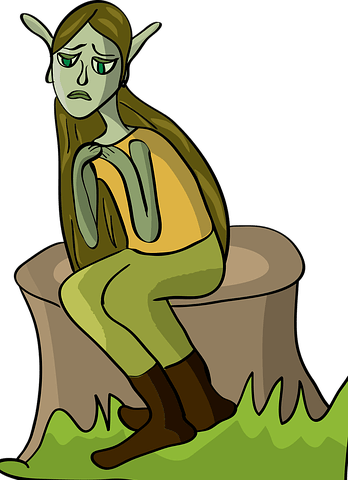 In the 1980’s Santa began to outsource toy production to sweatshops around the world. By the turn of the century, all manufacturing in the North Pole had ceased completely.

Shares in Christmas Inc. plc skyrocketed and dividends more than quadrupled. Santa used the extra profits to refurbish his sleigh and build luxury stables for all of the reindeer. Rudolf and Dancer and Prancer and the rest had never had it better.

It has not all been good news though. Aside from a few elves, retained to look the part for tourists, the rest have all been unemployed for years, some for decades. They are strictly forbidden from revealing their plight to the world lest they lose their meagre retirement packages.

For a new BBC documentary, I travelled in secret to an elf village in Lapland and filmed their squalid living condition. Few elves would speak to me and the ones who did demanded complete anonymity.

One told me: ‘It has been very hard. The only industry here is distilling bootleg whiskey. Many of us have taken to drink to pass the time and kill the sense of worthlessness.’

The documentary can be seen next Monday on BBC2, following Newsnight.