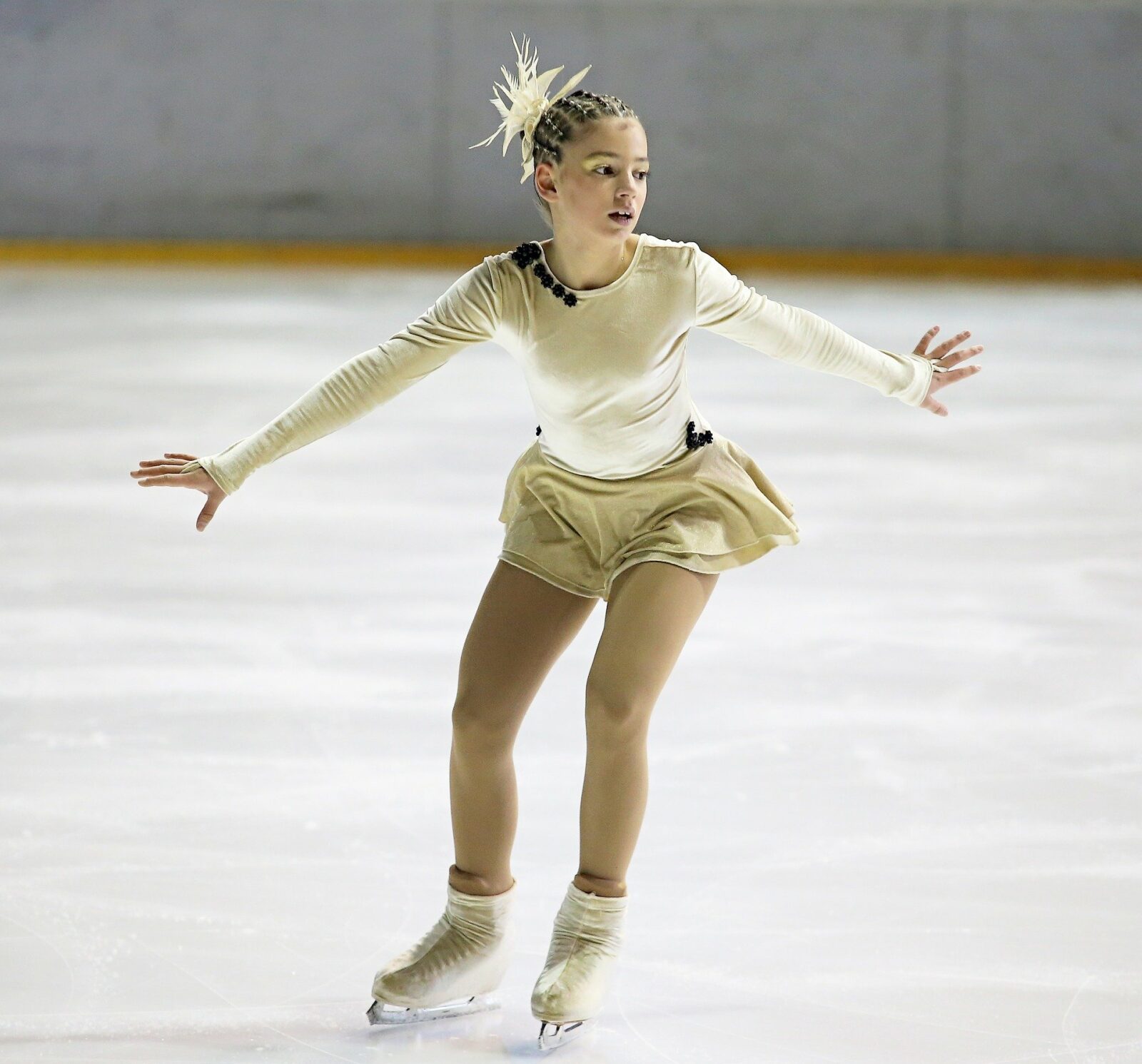 I was born on the ice. I’m not lying. My mother, a former ice skater, went on the rink the week I was supposed to be born. She was alone. There was no way Dad would have let her do that. Mother felt free when she skated and she wanted to be free of stress and her big belly that made her self-conscious. She called herself fat during the whole pregnancy.

Fifth skate around the rink her water broke. The maintenance man rushed to her.

“The baby’s coming,” cried mother. “The baby’s near. I just gave birth.” I was trapped in her leggings and she pulled me out and held me to her until I began to cry.

That’s the story. Since I was three I had ice skating lessons. Every morning I woke up at 4:30AM. For years. Protein and vegetables for breakfast. Then the endless training. Then school and then ballet lessons in the evening. I was always exhausted. I don’t think I ever knew what it was like to be fully rested or to not have some part of my body hurt.

I went to Nationals at sixteen. I got first place. I would be on the Olympic team. My mother was thrilled , but she also became stricter. Less food, more practice. She let schoolwork slide for ice skating. I barely had a 3.0 GPA. She remortgaged the house and I got a nutritionist, choreographer, a new coach, and a jump specialist. I also got fitted for a $2000 skating costume. That’s when Mom decided I needed highlights in my hair and that I needed to be blonder.

“You’re turning me into Elsa from Frozen.” I rolled my eyes at her.

“Interesting. Because your long program is Let It Go.”

I’m not sure when it happened. I started crumbling in the lead up to the Olympics. I was afraid of jumps, I was afraid of my coaches. I was afraid of starving. I was afraid of injury. So it might come as a surprise that I broke my leg in two places three weeks before the Olympics. Mother was furious and upset. But I was free. Free. The price of perfect was too high of a price. I would go to college, community college, and be something else. I didn’t know what. Ice skating had consumed my life that I it eclipsed any interests I might have had.

Everything was the ice. I was born on the ice. And now I would have to walk on the soil.

I once was perfect. Now I’m mediocre with a Mom who shut me out. Sorry Mommy. Perfect was too…unattainable. It wasn’t a price I was willing to pay.