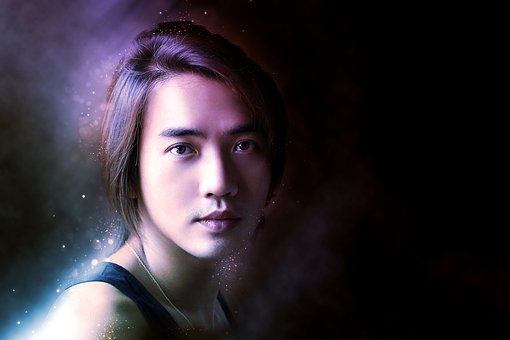 I was driving when the car wreck happened. My son, Sammy, was five years old and in the back seat. He had unbuckled his seatbelt because Roger, his stuffed elephant, had fallen down.

“No, Sammy. Keep your seatbelt on.”

I pulled into the intersection on the green light when a truck barreled through and crashed into me. Sammy flew from the back to the front. He went straight through the windshield. He was pronounced dead at the hospital. I had several crushed bones so my pain was mediated by painkillers and morphine. My husband wasn’t always by my side. Sometimes he was gone for long stretches. He was a scientist. He kept working because we had a mortgage to pay.

That was twenty years ago. At our Labor Day BBQ, as I was adding tabasco to my bloody mary, there was a knock at the door. I assumed it was another guest. I opened the door and a young woman, small boned like a bird, stood looking at me with a large smile. Her auburn hair was plaited and she was wearing a sundress.

“Hi,” she said in a tiny voice. “This may sound strange but I’m your son’s wife.”

“Sammy?” I invited the woman in and we sat on the couch. I could hear laughter and talk from our guests in the backyard. The woman explained that my husband salvaged Sammy’s brain from his crushed body and implanted it into another five year old who died around the same time.

“He’s Sammy,” she said. “He’s always been, Sammy. But now he looks like this.” She showed me a picture. It was a young Asian man with thick black hair and narrow lips. “He’s been reluctant to meet you. Your husband visits our home every Sunday. Your son and husband are afraid you might not accept the new Sammy.”

Tears slid down my eyes. “Of course, I would. My son was my life. There has been a hole in my life for two decades.” At that moment, I knew I would spend as much time as possible with Sammy and divorce my husband who kept such a monstrous secret from me. Two decades. I had to make up for two decades.