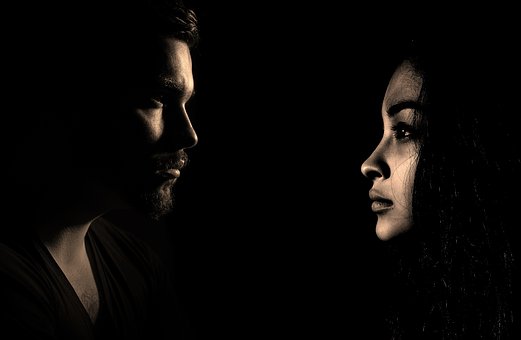 He was obsessed. Strange. He had never been obsessed before. He was usually very casual with women. He never thought of marriage or children. He was distant. Somewhat boring. He lacked passion. His girlfriends got bored and his waning interest ended all relationships without dramatics. There were no tears or harsh words. Just a drifting apart. He was like that with his parents too. His mother had died of cancer and his father a heart attack. He didn’t cry or grieve. They just drifted from his mind.

But then came Elsie. A brunette who liked Instagram, lattes from Starbucks, romance novels, and her terrier named Buffy. He thought she was silly when he met her. They were at a party and she was talking excitedly about makeup videos and tutorials on YouTube. She was tipsy on margaritas. She staggered outside onto the rooftop and he followed. He was afraid she might fall off the building.

“Let me help you,” he said. He grabbed her arm and led her a safe distance away from the edge of the rooftop.
“Aren’t you sweet,” she said. She had a twang. Texan. She smiled beautifully and then curled head and neck, like a swan, into his own neck. He felt her warmth and smelled flowers from her perfume. He was hooked. The beauty of the moment. The drama of the feeling. He had to know everything about her. She lifted her head. Her hair was wild. He was in love.

She had a boyfriend though. Gunter. Damn. He stole her phone at the party when she was retching in the bathroom. There was no password. He had her whole life in the palm of his hand. For the next six weeks, he followed her around Philadelphia. He was unemployed. He had been let go. They eliminated his position. He worked at a funeral home that was going bankrupt. He did the hair and makeup of the dead. He took photos. It was boring and he felt nothing staring at a dead body, especially one he had to reconstruct from major injuries.

As he followed Elsie, he hung out in shadows, wore a hoodie, tracked her on her phone. She bought a new one but with the old one, he still had her whole life. Something odd began to happen though. As he stalked her and waited outside the gym or her work or Gunter’s he began to notice his surroundings. Buildings, signs, cracks in the sidewalk, dumpsters, trees, dogs…all the ephemera of life he never noticed and he began to discover beauty. An interest in the world. Soon his interest in the world eclipsed his fascination with Elsie. She was nothing but a gateway that led to a love of the world. He began to photograph things around him. He would look at the photos late at night, after Elsie was in bed, marvel decaying posters, cracked store signs…everything that was the city. Life.

Soon he would not need Elsie. His obsession with the world would complete itself and he would be an artist.