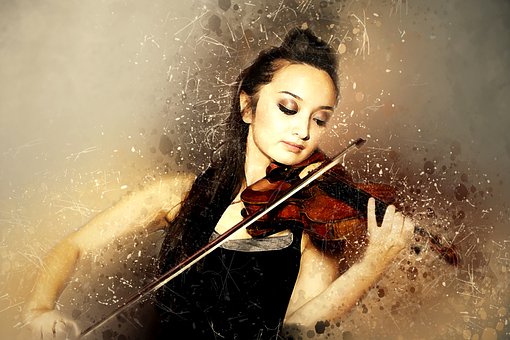 CHEF: Get the veal and lobster out. If the table complains the food is cold I’m telling the manager. You’re already walking the plank, Collin.

(The Chef waves his towel that had been slung over his shoulder.)

ALEXANDRA: Do you have my caviar tasting?

(Alexandra looks at the Chef with distress.)

COLLIN: Will you, Alexandra?

CHEF: Stop yelling. You want to yell at someone, yell at Collin. He’s staring at you with the intensity of a hungry dog. He won’t take the goddamn dishes. For the last time, before I report you to the Czar of The Russian Tea Room, take your dishes and get out of here.

(Collin picks up the dishes but quickly looks at Alexandra again)

(Alexandra jabs her hands into her apron. She still won’t look Collin in the eyes)

ALEXANDRA: You don’t need to be rude.

(The Chef waves his towel again)

COLLIN: Alexandra, when I get back will you tell me?

COLLIN (he doesn’t look hopeless): Why?

ALEXANDRA: Your lack of ambition. I have to deliver the caviar.

COLLIN: Why would you say that? That I’m not ambitious? I’m working on a play and a musical.

ALEXANDRA: Alone. Meanwhile, I’m hustling with auditions. I might get a gig for an off-Broadway play.

COLLIN: I’ve written a play for you. It’s called Stand Your Ground. It’s about a young, musically talented woman who tries to survive during the German siege of Stalingrad. You take up arms. You fight. You set aside art for survival but in the end, you survive because of art. The long hard nights, the starvation…it’s your love of art that warms and feeds you. You have only Tolstoy, Pushkin, and your violin. The weight of the Germans presses on you. You can breathe with art. I wrote this for you. I wanted it to speak for your heritage and your art. The end…at the end…you play the violin even though the Germans can hear you. They will find you and kill you but you won’t be silenced. If you die, you die for your art and not your terrible living conditions and violence. I wrote this for you. Because I love you. I’ve known you only four months. I love you. Will you be with me? You don’t have to love me.

(Alexandra buries her face in her hands. The Chef is watching the exchange with amusement)

ALEXANDRA: How could you love me? You don’t even know me. What you just said…you were so vulnerable. I can’t…my acting teacher says that is holding me back. Being vulnerable.

COLLIN: I love you. I can write plays for you. More. I will write, unto death, words for you.

(Alexandra wipes tears from her face)

ALEXANDRA: I would be interested in looking at this play, Stand Your Ground.

CHEF: Wonderful. Now you two are together. A Russian from Queens and an Irish boy from Brooklyn. Pick up the orders in the window. I’ll report both of you to the Czar and you two can love each other in the unemployment line and live on Gulag gruel.

(Collin picks up plates and Alexandra touches his elbow)

COLLIN: You may. But love me as a woman. I’m flesh, after all. In art there is love and in love there is art.

(The lights on the stage dim and a spotlight shines. All that can be seen are Collin and Alexandra with a look of hopeless vulnerability.)