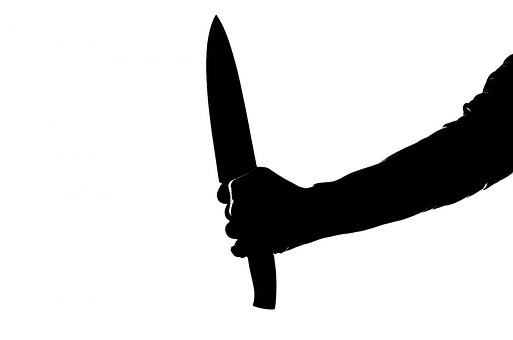 He was a fastidious man who groomed himself impeccably each day and was quite discerning in the meals served to him. His hair was white as snow and there were strong, deep wrinkles emanating from the corners of his eyes. His mouth had a distinctive pout and gave him a slightly feminine look.

I was the day guard, Monday through Friday, and it was to me he conveyed passing thoughts and asked for books to read. He called me sir or guard and was mostly polite though if he ran low on soap or writing paper he could be quite aggravated and there was a grating sound to his voice. I bristled and had to remind myself that I was in charge.

I worked for the Hague as a guard and the man I guarded was known as The Butcher. His crimes, which seem like a feeble word to describe his actions, occurred during the 90s in Bosnia. Miloz, his name, had been a dutiful employee of Milosevic and engineered mass killings and the construction and functioning of rape camps. It was said he gave orders for the killing of 400 men in one day.while the women and children were sent to camps to be tortured and raped.

Miloz hid in plain sight. New York City. A survivor of one of his rape camps identified him in a coffee shop in Manhattan where she was a waitress. She went to the kitchen, obtained a butcher knife, and then, much to the dismay of the patrons and management, held the knife to his throat. The woman was arrested and then the DA was called then the US Attorney who then called the UN who then called the Hague. Miloz was arrested and now sat in prison awaiting trial as witnesses were sought from around the globe. Miloz never denied his crimes. He had a horrible habit of shrugging when accused.

On Monday when I arrived Miloz called for me.

“Yes?” I always had to swallow bile when addressing him.

“I would like a copy of 1984.” He spoke through the grate in the prison door.

“I do so love that book. It describes how things should be.” Miloz laughed. “Oh, my dear guard. I’m so craving power and all its displays.”

I whispered. “You’re a butcher.”

Miloz laughed again. “Why the whisper? Afraid the Hague might disapprove? I am a butcher and those moments in the 90s were the greatest of my life. Power hungry people can never be deterred. No matter the prosecutions or life terms meted out by weak courts. We are as much a part of humanity as any humanitarian. The sadists that is. Now run off and get the book so I can swoon in my cell as the clock strikes thirteen. I must be in the right frame of mind when I go to court tomorrow. Bye, bye, dear guard. See you soon.”

I hurried down the hall and vomited near the door. A part of me wished his victim had sliced his throat.