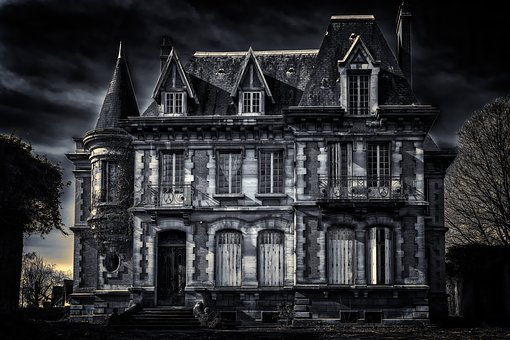 The hay and crops were on fire, but I turned my back on the haunting flames. Men were flinging buckets of water pulled from the well. It did little to stem all the heat, soot, or raging fires. I knew an employee set fire to the field. The workers did not like me as I was a woman and there were rumors that I did some sort of swindling on the will – like a greedy distant relative swiping a fortune from an old and nearly senile old man. It was true that I knew very little of Great Uncle Congden. I remember he once held a holiday party festooned with fir, gold, silver, painted ornaments, tables of sweets, as well as ham, goose, and pudding. That was years ago. I sat on his knee, fiddled with his beard, and whispered that I had received a lovely doll from Santa. He patted my back.

“You’re the loveliest niece I have,” he remarked.

Lovely. I took over the manor and farm on my twenty-eighth birthday. I had been a Londoner all my life and did not understand the agrarian lifestyle. I was weaned on books by Hardy. I was convinced farms were magical, natural places, and everything was bright. But my impression, or rather my fantasies, was demolished when I arrived. The manor had deteriorated into something like prey caught in a web – slowly withering and choking. The animals all seemed mud-colored and the workers also seemed the color of mud.

Yet, there was one man. A man of tall stature, streaky blonde hair, a square jaw, and just a tinge of roughness to incite my womanly desires. As I turned my back on the farm consumed by sparks, licking heat, and fire I thought of Dane. That was his name.

A servant ran up to me. I was still facing the manor door. “We’re ruined. I suspect we will keep dumping water…but we’re ruined.”

“Dane?” exclaimed the servant woman. “He’s the least of your worries. Besides, John, the foreman, thinks Dane set the fire as he spotted him on the dark road an hour ago. He was walking away from the manor and the farm.”

My heart crumpled like paper with useless words. No farm. No Dane. I breathed deeply.

“I suppose I should marry Harry. We can join farms. We can marry. Lord knows he’s been after me.” Harry was sixty years old, fat, and had gout.

I went into the manor, closed the door, and then fell in a fit of tears. Love was imaginary. Unneeded. Then why was I crying like I was butchered with a knife? Why was the internal fire extinguished as the outside fire was destroying my land?