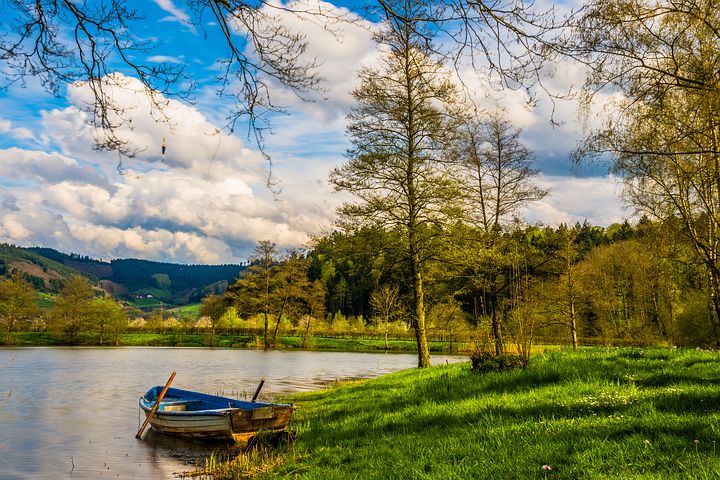 Story based on Shakespeare’s Sonnet 3

But if thou live, remembered not to be,
Die single and thine image dies with thee.
-Shakespeare, Sonnet 3

She was known for walking around the lake for at least half the day. She was pregnant and announced to everyone she met, however, the town became suspicious when her belly grew no bigger after the six month. At month eleven, she was still telling people she was pregnant. Nelly was a slight girl so the rounded stomach was obvious and accentuated her thinness. The small town, really just a village, had no idea what to do or think. It was obvious she was not pregnant. Some folks talked about a phantom pregnancy; nobody would address the matter with Nelly. Only the clothing shop owner asked her if she really needed to buy baby clothes or blankets.

“But the baby is due any day now. Of course, I do.” And so she paid for the baby things with the insurance money her husband had left her when he died in the line of duty as a firefighter many months ago. The shopkeeper reluctantly took her money.

One day she gazed into the reflecting lake and saw her face ripple across the water. But it flattened her stomach and Nelly became appalled. She knew she wasn’t pregnant at that moment and the melancholy overwhelmed her. A few days later her belly disappeared. Her taut skin snapped back like elastic. Her maternity dresses floated on her. Nelly shored up strength and went to the hospital via train. She was told that not only had she not been pregnant, she would never have a child of her own. She was infertile.

Nelly returned to the village – deflated in body and spirit. She went to the lake and gazed at its cool wasters, greenish yellow =reeds, wavy surface, ducks and swans that prattled and cawed, and the pumice-like stones that dotted the shoreline. Nelly was an only child, adopted at two, with no idea who her real mother was. Without a child, it was the last stop for her DNA. But more importantly she would never coo an infant, swaddle them in softness, hold their tiny hand as they walked haltingly and heartbreakingly, or wake up in the middle of the night to soothe their nightmares.

“My image dies with me,” said Nelly. She placed stones in her pockets and walked into the chilly water. She walked until she began to sink. She did not know how to swim. If beauty cannot be created then beauty, in its glory, must perish. And so Nelly died with a fondness for the tomb and despair that she was alone and could not create or grow another human to give to mankind. When one person dies another child is born. That was her gift in dying. She knew somewhere a child would be born in her place.