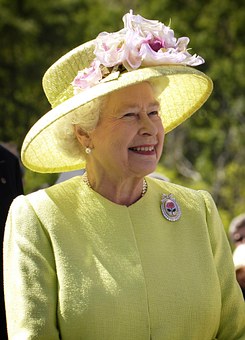 “Golly, yes.” The invitation came in the mail. It was ivory with gold lining. The print was in gold as well. The invitation formally invited him to a Queen’s Tea. There was a note inside the invitation. Could you be a dear and give a speech about the Queen? Oh, yes. Yes, yes, yes. Ivan twirled in his entryway where the mail had been dumped by the postman.

Ivan didn’t like his name. His father had been a professor of Russian literature at Cambridge and named him after a character in The Brothers Karamazov. It was an uncomfortable name. People were always thinking he was Russian. Except Ivan was as British as British could be. In summer, he sunned himself in Spain but always thought of jolly England. He would go to Paris in November and stubbornly refused to speak French even though he knew the language. Ivan felt ill will to the French because of their conduct in WWII. Churchill was a hero. A Grand British Man.

Ivan wrote and practiced his speech about the Queen. He noted her commitment to public service, her excellent sense of taste, her building of a large monarchical family, her lovely hats, and her discernment when greeting world leaders. Trump was due to visit England a second time. The last time, Trump (the stupid Yankee), eclipsed the Queen in a processional. She looked very sour. Trump had tramped on the Queen.

The day Trump arrived, Ivan dressed for the tea. He stuffed his notecards in his jacket pocket. The tea was held at a community center. Ivan walked proudly into the building and noted a large crowd. Had they all come for the Queen’s tea? Ivan got very excited.

Petunia, the leader of the Queen’s group, approached him.

“Oh, the tea has been canceled.” She was on the verge of tears.

“Whatever for?” Ivan could not fight the sinking of his spirits.

“Something to do with Boris Johnson. Apparently, Trump wants to meet with him. There’s some sort of protest going on.”

Ivan could feel anger rising. He did not like Boris Johnson but now he hated him. Bumping his speech, meeting with Trump, eclipsing the Queen once again…it was more than Ivan could bear. He stormed out of the community center and went to a pub.

“I just wanted to speak about the Queen and have a proper tea.”

“The Queen is weird. She’s just too bloody weird. Who could envy her? Now, if the bloke in my flat won a 100 million pounds I would envy him. He’s just a bloke you know. Hard to believe the Queen even has a vagina.”

“How dare you.” But Ivan wasn’t very forceful and it was true he couldn’t imagine her nether regions. Maybe the Queen was weird. And so was Ivan.