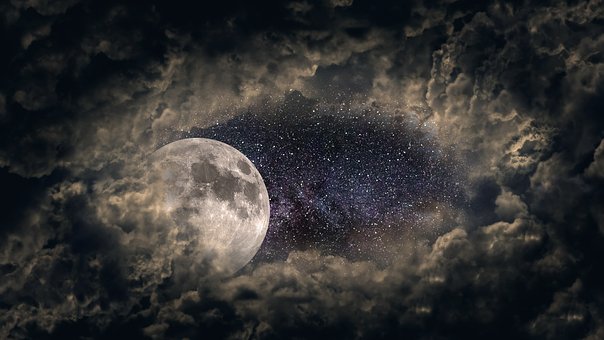 In 2018, President Trump announced that we were going back to the moon and appointed a new head of NASA. The new head, Morris Carroll, was excited. NASA, while still working on and sending out probes, had stagnated for years under bureaucratic directionless. The glory of the 60s had waned. Astronauts were no longer household names. Carroll moved into his office in Cape Canaveral and gathered the top scientists and engineers into his office.

“We’re going to the moon but…,” he paused for dramatic effect. “We are also going to Mars and then we are jumping off to the rest of the universe..”

One scientist, a particle physicist, spoke up. “Even if feasible, it will take many people under dangerous conditions.”

Carroll shrugged. “The president has authorized us to use prisoners and illegals. We’ll have no shortage of people.”

“I have approval. The first load of prisoners will arrive on the moon in six months time. Now everyone, get to work. We have a railroad to build.”

“When the US built the railroad across the country people died and suffered. Blacks, Asians, prisoners…” Dr. Chandra wasn’t letting up.

“And the pyramids were built by slaves. What’s your point, Dr. Chandra? History has demonstrated that if you throw death and suffering at something you get spectacular results.” Carroll closed his notebook and sent everyone off to begin their assignment.

In 2020 the first prisoners arrived on the dark side of the moon. Their work was tedious, exhausting, and their suits weren’t properly shielding radiation. Most of the prisoners died within the first three months. However, progress was being made. More shuttles of prisoners arrived. The US government was pleased and passed more criminal laws to transform more citizens into criminals. By 2023, the railroad to Mars was in place. Five million people had lost their lives. No one mourned the prisoners. They were criminals after all. Who cares about them? Astronauts were able to zip to Mars in an hour and corporations blossomed in the solar system. Money was being made. There was science too. But mostly, there was money. Carroll was right. Throw death and destruction at anything and you get amazing results.