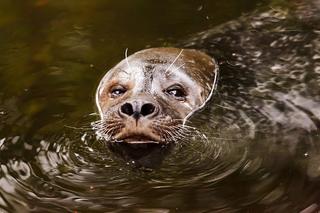 We were starving. The population and migration of animals fluctuate from year to year. But in this year, 1901, there were few animals to hunt and eat. I decided I was going to hunt for a seal. I hadn’t eaten much in two days. I was ravenous and so was my family. I caught two Chars yesterday and my wife harvested seaweed this morning. It was all given to the children.

In my kayak, I searched for a seal. Usually, there were plenty swimming in the freezing ocean water but after an hour paddling, I didn’t see any. I stayed out for another hour. I was frigid and it was snowing. Snowflakes were caked on my face.

And then I saw something in the water. Moving gracefully. It was a seal but it had human arms. I was scared and alarmed. It was a Milikit. I paddled hurriedly to shore. Milikit’s can live in the water and move on ice. Not land. They can transform into any animal.

I pulled the boat onto the ice and the Milikit emerged. Half seal. Half human. I wielded my knife and moved to land as fast as I could. As I stepped on hard soil, I turned around and stabbed the Milikit.

“I will curse your whole family,” it breathed and then died. It transformed back to a seal.  A fat seal who could feed my family for days. I left it on the ice.

I went home and told my wife. We packed to leave. I was afraid of the curse. I left the seal to rot. I could never eat something that was half man. I had lost my taste for seal when I saw its arms.