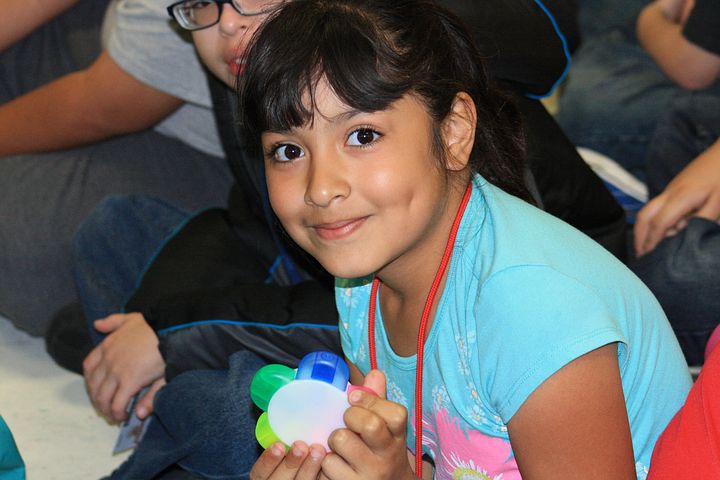 Her dad wasn’t there. He was usually there at 5PM. That’s when her after school program ended. Her dad worked in a chicken factory. He sorted chicken parts. Luna knew they were poor. They lived in a large room above a general store. And yet, despite living in a sad room that was brightened by her drawings and fairy lights, her father managed to take her to Walmart last week to buy a Dora the Explorer backpack, a matching lunch box, pencils, markers, a ruler, glue, and some glitter. Luna loved her dad more than anything. Her mother had died in Honduras where a gang bullet exploded her head. Luna was only a block away when she saw it happen. Every night she had nightmares and every night, no matter how tired her father was, he comforted her and rocked her back to sleep. When her mom died, she and her dad went on a long walk to the US border. It took them three months. Luna was often hungry and always tired. Sometimes her dad would hold her or let her wrap around his back. When they reached the border the Mexican guards let them pass.

“Be careful of Border Control. This Gringos don’t like you” The guard spit to the side and then shrugged his shoulders. “Better fill some water bottles. Good thing it’s February. The summer heat would kill you.”

Luna and her dad walked, evaded Border Patrol (somehow), and boarded a bus to Alabama. They took shelter in a church and her father looked for work. He heard a chicken plant was hiring and didn’t check if you were legal or not.

Three years later, her dad was becoming more competent in English and Luna delighted in teaching him words from her class. Luna was a very good student. She missed her mother terribly but her dad was always there for her.

And today he wasn’t. There were twelve kids standing outside the school. Some were in her class. They were crying and Luna started crying. The principal came out.

“Children, it seems the government raided the chicken company. It seems your parents are detained.” The principal hesitated and rephrased the matter.

“They were taken by the government for being illegal. Your parents weren’t supposed to be here.”

“I’ve called Child Protective Services. The church next door will take you in for now. They have pizza and soda for you.”

The principal raised her hands and then she started crying. “There’s nothing I can do.”

Luna collapsed and was carried to the church by a community member. The press crews had arrived. It was mayhem. It was sad. Luna would say it was cruel. This was the United States.

The principal saw a new black Buick on the street with the windows down. She knew it was the chicken plant owner.

“Why the hell didn’t he get arrested for hiring illegals?” wondered the principal. The owner waved and smiled as he drove down the street. The principal flipped him off. She completely forgot the press. She went viral in thirty minutes. But her heart was absorbed by Luna and the other children.