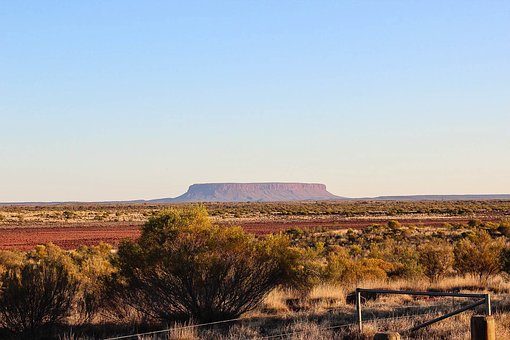 “They’re just a bunch of heathens if you ask me.” Reginald was steering with one hand and let his other hand rest on the gear shift. The windows in the car were all up and it was cool inside. The AC was pumping wonderful air silently.

“How can you say that about the Aborigines? They’ve adapted to this land and Tasmania for almost 50,000 years. Think about that.” Bethann pulled a book out of her bag. It was a romance set in Ireland. Her and Reginald, the least romantic husband in the world, were heading to Alice Springs. They had been traveling north from Adelaide where Reginald was an actuary at an insurance company and Bethann owned a pottery shop that was veering towards bankruptcy. Reginald was hopping mad about that. He yelled that she was incompetent. But Bethann had some savings and was going to use it for a new marketing campaign to save the business. And this is why, for their two-week vacation, they were driving to Alice Springs and not Europe or Thailand.

“That makes them sound worse. 50,000 years and no advanced civilization? Nomads! Few possessions. Yakking away in their silly language. They all look dirty to me.” Reginald’s jaw quivered.

“Don’t say that. What about Arc?” Arc worked for Bethann in the shop and he was always clean, polite, and the few customers that found their way in seemed impressed by him. He was an Aborigine from Alice Springs.

They were still 100 kilometers from Alice Springs, but the couple stopped in a small town. There were many Aborigines. Reginald ignored them. Bethann noticed a bookstore/art store on the corner of a street. She went in. There were marvelous colorful paintings adorning the walls above the bookshelves.

“Who did these?” asked Bethann. A tall, angular, white woman behind the desk walked forward.

“Various artists. All Aborigines. Can I help you find a book?”

Reginald walked in. “It’s time to leave. I topped off the tank. We can eat in Alice Springs.”

“Reginald, Aborigines did these amazing paintings.”

“Who cares?” Reginald was flaming red from the sun.

“All the paintings are $100. I take a 10% commission.” The tall woman looked at Reginald strangely.

“You’re using your money.” Reginald was being very grumpy.

Bethann bought what she thought was most colorful. It was really a series of lines like the lines in the dirt of the desert. She was pleased with herself and decided to gift it to Arc.

“Dammit, if you weren’t so bad at business we could be in Paris right now instead of going to bloody Alice Springs to see more Aborigines.” Reginald aggressively accelerated the car.

Bethann wasn’t sure the Aborigines were heathens. There’s something to be said about a people who could survive such harsh conditions. She stared at the desert and imagined how Arc would react to her gift. Bethann couldn’t speak about all Aborigines but Arc was proper and kind. More so than Reginald ever was or would be. Bethann opened her torrid Irish romance book and was suddenly lost on the wild shores of Connemara as the ancient desert of Australia glided past her car window unnoticed.