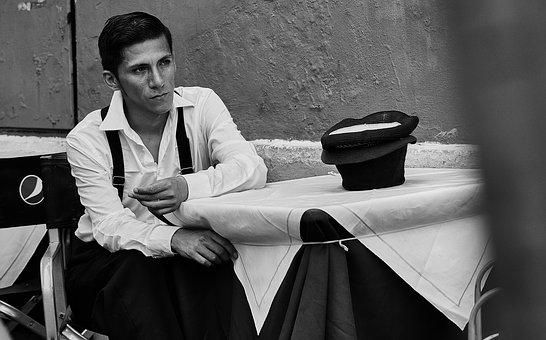 Mack the Knife was a dirge. Louis Armstrong and Bobby Darin made it jazzy, catchy – an insidious song that makes you want to sway or tap your feet. All I knew it was a dirge written by Bertolt Brecht and composed by Kurt Weill. I heard it as I prepared to die. I was outside an off-Broadway theater, in the back alley where studio noises filtered out like daggers. Threepenny Opera was banging like a metronome – swaying from vivace to grave; as if it couldn’t decide whether to be calm or ecstatic. I could hear the stagehands, strong whispers for lights, so and so looking for so and so. I sat with my back against a brick wall. A rat was not far from me eating rotted pizza. New York rats should be commended for their fearlessness and craziest to survive in a city only pleasant with those with money.

I had a pile of heroin, a syringe, a lighter, a spoon. I could do it. End it. Somehow life had veered off like a car avoiding a deer on a dark highway, except I didn’t stop. I kept crashing through the forest until I reached a lake and began to drown. Yes, I was drowning.

I was an actor. Do you know how demoralizing it is to be an artist and be continually rejected? Starting the heroin was easy. I wasn’t a loser on heroin. I was in heaven. I got a bit part in A Streetcar Named Desire. A got a bit in another play. A bad one. Bits and bits. That was my life. Well no more.

I prepared the heroin and injected and injected it. My eyes closed. I saw writers, painters, sculptors, musicians, composers, actors, directors…they were all congregating around me.

“He’s dead for sure…or maybe almost,” said a black woman with a guitar.

“Deader than dead in no time,” said an actor in grand form.

“Now’s the time for the dirge,” said the composer.

“I don’t deserve a song,” I said as spit and bile erupted from my mouth.

“This is a dirge for the unknown. All the artists who never made it. Fare thee dead, poor actor soul. My piece is subpar but then again, I never thought I would be rejected by all the contests and schools and I never saw that bus coming when I crossed 54th street with my cello. Maybe I have or had no talent. Maybe none of us surrounding you do. We are all unknowns. Forgotten. Now listen as your heart stops.”

“Sorry you didn’t have talent,” said a writer.

“I have talent.” I coughed again. “I have passion.”

The writer laughed. “Passion is never enough. Now listen to your dirge. You will be in our group very soon.” She smiled sweetly.

And then I died. An unknown in a back alley with a Shakespearean actor yelling, “Fare thee dead.”