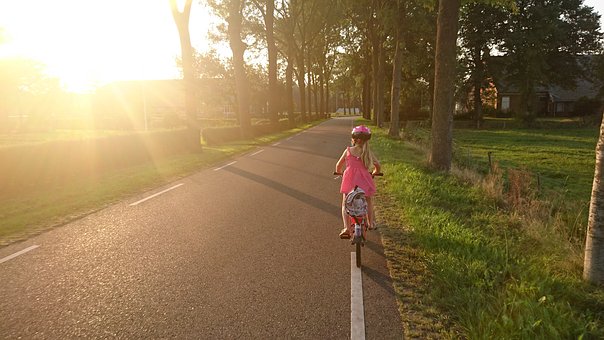 My mother didn’t know my neighbors on 33rd Street. She knew the ones on Edgemont, Osborn, and Alameda. I circled all the streets on my bike. There was a man, on 33rd Street, who frequently sat on his lawn with a six pack of beers on the grass. He never waved. He never smiled. One day he called me by name. I rode my bike onto the driveway.

“Yeah.” I started backing my bike away from him.

“Do you want a coke?” he smiled and revealed yellow teeth. Two were crooked. At eight years old he seemed ancient to me but he must have been in his forties. “Come inside my house. It’s nice and cool there. Pretty hot today.” He looked up into the sky.

I propped my bike on his porch. I didn’t want to be rude and I did love coke. “Sure.”

I walked into his house. It was dark. A woman in curlers was sitting on a couch watching a game show. She saw me and got up and left. I heard her shut a door. Loudly.

“That’s my wife, Ruth. Don’t worry about her. Hey, I get pretty lonely. It’s the summer. I don’t work. I’m on disability. Steel mill destroyed my back. Why don’t you visit me? We could share cokes. I could get some snacks. Chips, cookies. Whatever you like. Will you visit me tomorrow?”

I was so afraid of being rude. But he seemed nice. And he was nice for several weeks until his hand went up my shirt and he kissed me on the lips. I recoiled and that’s when he got mean. Very mean. I didn’t tell my mother. I was so ashamed.

He abused me until I was 12 and we moved from the neighborhood. What I remember most was that he was mean. That scarred me more than anything else he did.

At eight, my father had died and I wanted my own story. I wanted my life to begin. My father’s death made me aware that life was draining away. I wanted a life. But it didn’t start well. Not at all. I think of that man every time I drink vodka or take my prescription meds. I’m glad I never started hard drugs. But the liquor is no good for me. My life is a mess. It never sorted itself out. I can’t rewrite my story. I guess the question is, how do I become the hero of my own fucked up life? How do I explain the enemies? The evil? The pain?

I’m working on my story. One day it will end and hopefully, it will make sense and I won’t feel like bashing my head in anymore. One day I will be a hero of my own story.