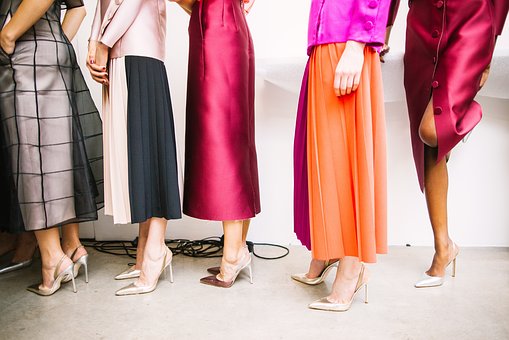 Oh…I just love a woman in heels. I love going into the office. All those women in high heels. Some strut but some balance carefully like little birds on little wires. When I was sixteen this woman was walking in front of me on the street. I was in my school uniform…maroon and gray…prep school a few blocks away. I had a pack of smokes and was heading to an alley to smoke with some friends. The woman must have been in her forties, was dressed in a skirt, a white blouse, and a pink sweater draped over her shoulders. She had on a pair of very high heels. Navy blue I think. She kept wobbling. It was winter and there were icy patches on the ground. She should have been in more sensible shoes. I kept in the back of her. I was eager to smoke but the woman looked completely unbalanced and I was mesmerized. Her hips swayed with every wobble. And then I saw her step on an icy patch and I rushed forward in time to catch her as she fell backward. My arms looped under hers and my hands ended up on her breasts. Her head hit my groin and I got an instant hard-on. The woman was very flustered and apologetic. Her face was mildly attractive. Her age showed clearly around her eyes. It didn’t matter though. Those high heels devastated me. I can’t stand a woman in sneakers or flats. And I don’t care for flawless movement in heels. I like shakiness. A wobble. A missed step. Halting lovely gazelles navigating the world. I would marry any woman who wound up falling into my arms because she could not float in the heights that her heels afforded her. It’s what I want. An angel to crash from the heavens into my earthly, aroused grasp.