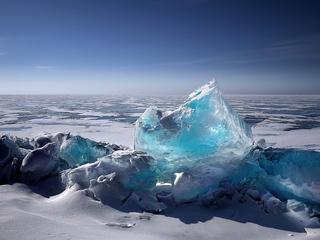 In the universe there are many galaxies. Some galaxies are spiral shaped. There is a spiral galaxy in an ordinary corner of the universe. On an arm of the galaxy is a star. It’s a very ordinary star. Circling the star are planets. Near the sun is a planet called Earth. Near the middle of the planet is land and in the center of this land is a place with many trees. It’s called a jungle. In the jungle are many animals. One of the animals is called human and humans come from the monkeys in the trees. I am a human. These are all things the scientist told me. On the day of rest, the missionary tells me a different story. He does not say I am an animal. He said my ancestors are called Adam and Eve and they are the source of my sin. I do not understand this. I do not question. Questions make the missionary unhappy and the elders want him happy because he brings boats down the river and the boats bring rum. He gave this book to me to write in. It has lined paper but is otherwise blank. I thought it was a funny book. I put it on my head like a hat. He said I need to fill it with words. It is not funny. Be serious. Write. Write in English. The book is only for English words. I write these words. Last night, I sat with the village around the fire and drank bitter juice. The scientist and the missionary had paddled down the river to visit the doctor and get supplies. The elders spoke freely. They spoke of our ancestors. Not the monkey animals or Adam and Eve. They spoke of the time right after Mahognarolk when our ancestors dressed in animal fur crossed a cold place. They crossed the water on a bridge. The bridge was made of solid water. My hand shakes as I write those words. Solid water. How can that be? The ancestors’ bones shook from the cold. They traveled far to get to a place where their bones no longer shook and they could free themselves from the animal fur filled with lice. Straight down the ancestors walked. They did not stop until they reached here. Here. My home. The scientist wants me to care about his monkey ancestors. The missionary wants to care about his Eden ancestors. Nobody cares about my ancestors.
-Who begat you, asked the missionary.
-The people that walked on solid water, I said.
-No, no. Only Christ can walk on water, said the missionary. Only one person walks on water. That is Christ.
Christ has become an ancestor. His bones shook and he crossed the solid water. The elders were wrong. There were only Christ and not many ancestors in fur. I do not argue with the missionary. The elders want their rum. When the scientist returns I will have to ask him about this mysterious solid water that Christ walked on. The scientist has different stories than the missionary. It will be funny to see the scientist get angry about the missionary’s stories. He always gets angry. But first, he must tell me what solid water is. When I find out, I hope my ancestors come back to me.