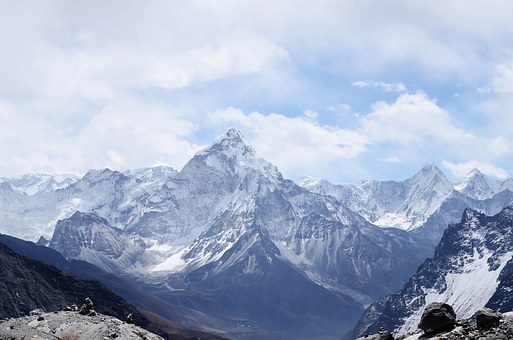 There was a line. No. There was a cloudy mountain range I would not cross. I could not cross. To scale the heights of those mountains would be death. A mental death. I would become a blubbering, slobbering fool on a psych ward. More pills, please. Sanity was brittle. Like gold leaf crumbling and disintegrating in warm hands.

My Uncle Ivan had insisted. “Meet me, darling. The Russian Tea Room.”

Yes, yes, yes. It would be lunch. Just lunch. My Uncle Ivan, twenty years older than I, a Marxist and Russian poetry scholar, lived in, of all places, Los Angeles, California. He worked for HBO as a set builder. This was funny to me. My Uncle Ivan was so intellectual. It was hard to imagine him with a hammer. I teased him at Christmas.

“I make Potemkin Villages.” He laughed.

“So you deceive people?” The Schnapps was zinging my brain.

“Movies, TV…entertainment…it’s all illusion. I make life look more interesting than it is..”

Ivan was the youngest child of my grandparents. My grandmother was nearly forty when she gave birth to him. My father was Dmitri and my other-other uncle was named Alyosha. Grandmother said she had always planned on three boys and each one would be named from characters from The Brothers Karamazov. My father and Alyosha were nothing like the characters. Ivan was though. A brilliant intellectual. An Avid reader. He wept for mankind and considered God sadistic.

We all lived in Brooklyn until Ivan decided he wanted more sunshine and so he moved to the Golden State. I cried terribly. I wouldn’t release his hand at the airport.

That was four years ago and I have only seen him three times. My soul was heavy. I was depressed. My doctor was concerned.

“You’re grieving. Who are you grieving for?” she asked. “Your father…”

“My father is fine.”

Ah. That mountain range again. Don’t try to cross it. Say it to yourself but don’t say it out loud. I am grieving for Ivan.

“I’m grieving for my youth, doctor.” And then I left and went to the NYU campus. I had classes. Studies. French literature. Russian literature. So much to occupy my mind.

And then the call. Ivan.

The restaurant was busy. The hostess greeted me and I saw Ivan sitting in a middle booth. He was wearing an avocado green button down. There were many gray hairs threaded through his dark hair. When he kissed my cheek I could feel the delightful scratchiness of his whiskers. My soul flipped and then fluttered upwards into my throat. My soul was in my mouth. I could only speak truths.

He smiled widely and with such warmth, I flushed. “I love you, Irina. My sweet girl.”

Oh, the blasted mountain range. I threw up a rope. Start the climb. “No, I really love you.”

Ivan looked confused but his face softened to gentleness. “What do you mean, Irina?”

“I don’t believe in sins.” He was quick to say that.

Ivan looked at me with no reaction. He waved for the waiter. “Bring four vodkas.”

“Ivan…” For heaven’s sake, say something. I was about to vomit my soul onto the table.

“I want you, Irina. When you grew, blossomed…your mind is so wonderful. Sharp. But…”

“I don’t believe in sins.” He was looking at me openly.

“Move back to New York.” My voice was firm. I was nearly at the top of the mountain range and I was still sane.

“I moved away because of you…come closer to me Irina so I wrap my arms around you.”

And so I did and the line was crossed. There was joy. But we would always be a secret. Our love was so special and fragile that it would be kept wrapped and high up like grandmother’s nineteenth-century Russian tea service. No one will ever know the secret of our hearts.

“This is a crisis that will never be resolved. I think I will go insane.” Ivan spoke softly into my ear.

“We will be insane together.”

The mountain range dissolved like a sand castle at a beach during high tide. I had crossed over and found deep love.