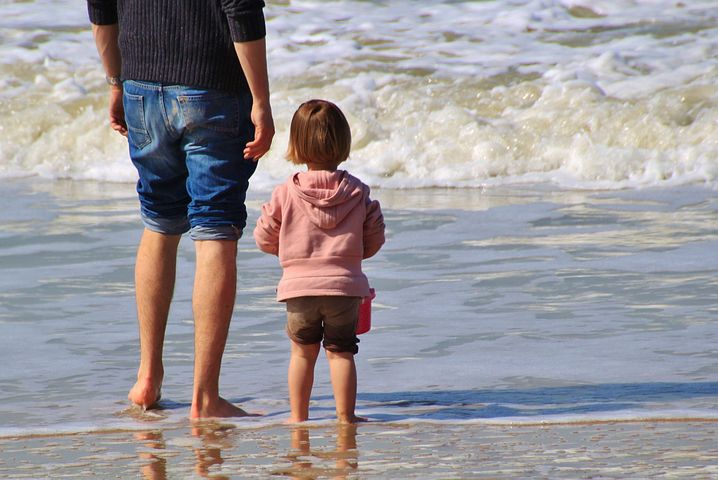 “Papa, Papa.” The two year old’s body tightened against him. Marcos could feel her legs wrapping around him like a boa constrictor.

“No worry, Juanita. No worry. Hold tight. I will walk us across the river.” Marcos looked at the Rio Grande. It looked calm on the warm, rippling surface but another migrant had told him there were harsh undercurrents.

“It could drown you,” the migrant said as he chewed on corn stolen from a food stall the other day. Marcos and Juanita hadn’t eaten in a day and his wife of three years had died in south Mexico of the flu. He knew he had to press on because El Salvador was frightening. He did not want his daughter to live in the shadow of MS-13. If she lived. Violence was constant.

Marcos had an idea. “Go under my shirt, Juanita. I’ll remove my left arm out of the shirt and you stick your arm in. We will be close and bound. I will never let you go.”

Juanita nodded. She was a smart girl. Marcos slipped out of his shirt and then stretched it so they could both be in the shirt. It would make him lose mobility of one arm for swimming yet Juanita would be close. He could feel the heat of her little body.

“Try to move your arm, Juanita. Try to swim like a big girl. Keep your head above water.” Marcos waded in the river. The water felt warm. He continued on and then the river became deep and he tried to swim. Without his other arm though he could feel the undercurrents pulling him downward.

She was crying and sputtering in the water. Her weight pulled on him. He could feel himself going under and the water went through his nose. He gasped and gulped. He should have had her clutch on his back but he didn’t want to risk her letting go. Instead, Marcos and Juanita sunk, died and then drifted to the weeds and reeds of the Rio Grande. Many journalists, from all over the world, took photos and videos of them on the bank, face down. They didn’t know Marcos’ love for his wife and daughter. They didn’t know he had lost twenty family members to violence in El Salvador. They simply didn’t know his love for life, hope, and Juanita exceeded the hardships of being a fleeing migrant. They simply didn’t know Marcos or Juanita. They never would. His last words, as the water filled his lungs, were, “I love you Juanita. More than the moon and stars.” Marcos had so much love in his heart that he didn’t realize the moon and stars were neutral, uncaring, and oblivious to the suffering of every person.