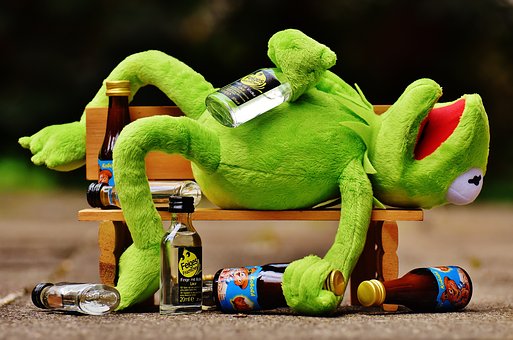 I need. I really need. I am needy. Some people don’t need anything at all. I need everything all at once. Now. My drug of choice is alcohol. It is liquid velvet. I love how it coats my throat in bliss and then makes me tingle and vibrate. I always say I am only going to have two drinks but then it becomes three and then four…My liver is quite abused. I can’t say I drink because I have a hard life. Mostly it’s a boring one. I go to work (well, some days I don’t because I am hungover), do laundry, pay bills (sometimes I don’t because I spend too much on vodka and gin), watch TV…fuck, I exist without living. I need everything. Now.

My boyfriend is needy. He needs me constantly. All the time.

“I’m addicted to you,” he said one night while I was halfway through a bottle of cheap Popov vodka. “I love you.” I did not love my boyfriend.

“Don’t be stupid.” It came out more like ‘stoooopeeed’. The vodka made my tongue fat. I tripped over words.

I went to an acquaintance’s birthday party. I can’t call her a friend. Drunks don’t have friends. They’re too self-involved. Her fiance groped me in the hall of her home. We ended up fucking in the bathroom. She walked in and went bonkers. My boyfriend went bonkers. He started smashing things. The punch bowl was first to go. On that night my life was not boring but filled with drama. I loved it. I needed it. Drama was what I needed. And alcohol. My boyfriend decided he needed me even more after I cheated on him. We’ve had ten fights in seven days. We were both arrested for domestic violence. I’m thinking about all this as I sit in a jail cell with eight other women. I watch a black woman in a faux fur vest pissing in the corner toilet. I’m not exactly sure why I am needy. I am not exactly sure what addiction is. But it might be stoooopeeed. I have no plans to become smart anytime soon.