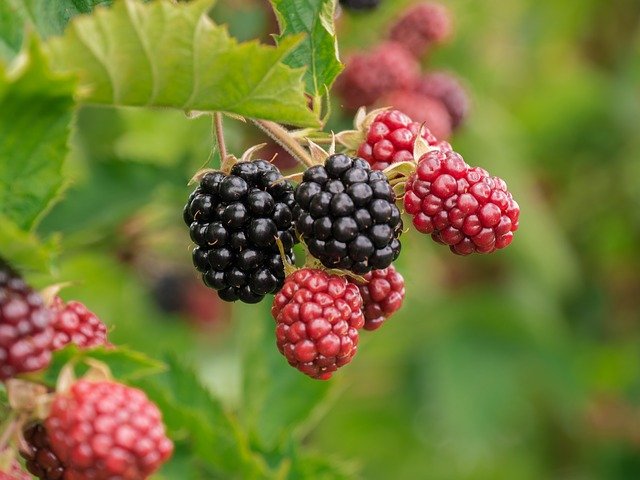 When I was a small child my grandparents would take me blackberry picking. It was usually late August when the blackberries had full ripened. Grandad would drive us is in his old van. Despite not being comfortable or particularly safe, Grandad’s vans had a character you would not find in a sleek new car complete with the latest innovations and a silent engine. Being seven or eight at the time, I always enjoyed a trip as we bounced along to our destination.

My grandparents always chose the same spot. Wild blackberry bushes stretched along the roadside as far as the eye could see in both directions. The road overlooked a small pitch and putt course. On such sunny summer days it was always full. Golfers ambled sedately from hole to hole and the crack of metal striking ball was a constant accompaniment.

Several hours of picking berries ensued. Nana warned me not to eat any until they had all been washed but turned a knowing blind eye while I gorged anyway. I also helped myself to the occasional unripe red berry as I had a particular taste for anything bitter. The fully immature green berries proved a step too far for even my pallet and were merely unpleasant.

When at last we were finished the bright scenery had turned to lengthy shadows and the afternoon had elapsed into evening. Grandad hauled a bin bag half full of berries back to the van. Juice bled slowly onto the ground. Nana would later make apple and blackberry tarts and fill several jars with jam. When I reached the van my stomach hurt from too much fruit. My hands stung from constant thorn pricks and were stained dark purple. I always enjoyed those days.

Image by Heidelbergerin from Pixabay