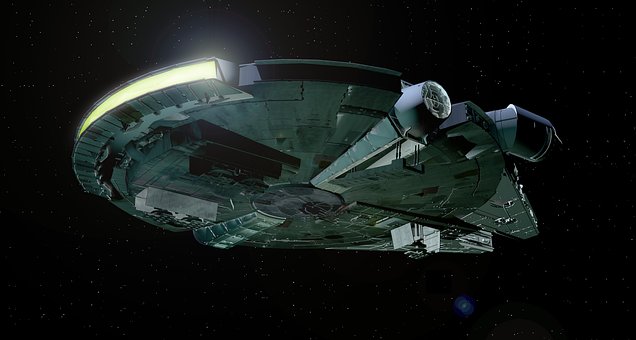 The quantum drive was down. We were wobbling in our giant ship in the middle of space. The captain had sent out several calls for help but we had yet to receive a response. There were seven of us waiting for a rescue crew. The captain was jittery. He kept yelling at us. Check this. Check that. I was the medic. There was nothing for me to check other than the blood pressure of the captain. There was nothing for Naraj to check either. He was the crew historian and curator. He maintained all communications, official conversations, and reflected on crew and trip.

“What are you writing?” I asked. I was in the kitchen getting apple juice.

“Nothing is happening other than multiple calls for help and a crew on edge.”

“You’re not paying attention. Everyone is changing. Including you, doctor.”

“Call me Meg and how am I changing?”

Naraj waved his hand at me. “You’re changing. It’s a very human thing to do. The transformation from optimism to pessimism is really remarkable.”

I sipped my juice. “Are you documenting how you are changing?”

Naraj flashed his eyes. “Of course. Of course. I am a part of this mission.”

Naraj got up, took his large journal, and bowed formally at me. “I should go to the machine room to note any developments.”

The Captain walked in. “This is astonishing. Horrible. No one has heard our distress call.”

I sipped my juice. “You might want to sound more optimistic. Besides, you don’t know if they haven’t heard the distress call. There just hasn’t been a response.”

“How is that better?”

“Damn, Kronin. We need a leader and you’re running around the ship like a madman. You know Naraj is recording everything?”

“Everything. In a journal, on the computer, who knows what else…”

“He’s going to turn everything over to the Organization. I don’t think any of us are going to look good. Even the mechanic is going crazy.”

“We’re stuck idling in space. We’re in a tin can slowly suffocating.”

I drank some more apple juice. “What if this is a test? You know…a test of our character. There’s no reason for Home Command to not have received our distress signal.”

The Captain suddenly looked at me brightly. “We have to kill him. And his writings.”

“Wait no…that’s not what I meant…”

The Captain raced out of the kitchen. I could hear his footsteps. I didn’t move. A few minutes later I heard a piercing scream. I knew it was over. The Captain came back into the kitchen.

The rest of the crew came in and the Captain calmly explained the predicament. The Second-in-Command checked the log. Naraj had sent everything up to his murder to Home Command. We were all now complicit in a crime.

“We need a story,” the Captain said. Naraj was suspected by me to have a contagion. He was quarantined, died, and blasted into space. “Send a memo, doctor.”

I sent it. The Captain stood behind me with his hand on his laser. The next day Home Command contacted us. Help was on the way.

“Captain, all his journals got sent. They were testing us. Naraj probably mentioned nothing about being ill.”

The entire crew looked at each other. Our test in humanity had failed. We were babies. Panicky babies. Home Command would demote and possibly imprison us. But nothing could replace the true fear of being stranded in outer space. Suffocation and isolation.