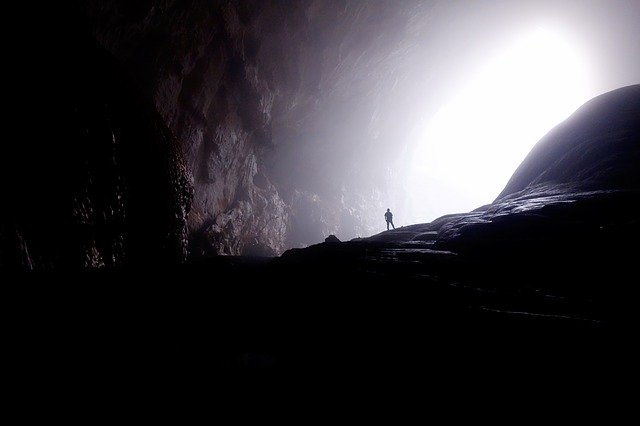 It was the morning and night our people lived by. The blazing sun. The setting sun. We set a prayer each time. We lived on a mesa and in the distant hills were caves and in one cave lived a Shaman. The wise man. He worked while we slept and slept while we worked. I did not like foraging or pulling water from the creek miles away. It was dull and I had a craving to learn.

“You learn the stories of our people at night by the fire.” Mother was weaving cloth. She had a small cup of precious water next to her. The cup I had made. It was a skill all the women knew. Making pottery.

“But how do we know they are true?” I was frustrated.

One morning, on a cool Autumn day, I trekked with a gourd of water and one of our blankets to the caves. I went to the Shaman. The cave was dark and smelled of juniper, piss, and some earthy smell – a fungi smell.

The Shaman stumbled forward. His eyes were red, he was unclothed, and mud covered much of his body. He fell to the dirt floor before me.

“Peyote,” he croaked. “The ancestors spoke.”

I drank some water. The trek had made me sweat. I looked into the depths of the cave. Bulging blackness.

“I want to learn.” I wiped my brow with my hand.

“Nearly woman.” I was firm.

“It’s uncommon for a woman to be a shaman, but I learned last night that up was down, down was up, and the center of our world was everywhere where we stand. Do you know there is more than just our world? There are other worlds.”

“I can teach you. However, you must first greet the beast.”

“You must go deep into the cave and find the beast, confront it, and tie its neck with this string.” What he held up was more rope than string.

I held myself upright. I took the rope, left the blanket, but kept the gourd wrapped around me. The cave was supreme darkness. I lost all sense of direction. Was I going forwards or backwards? Was I floating? I was astonished. I could smell a fetid smell. The beast was near. I groped in the supreme darkness. No hint of massacre. The beast evaded me. I needed to keep on. I wanted to learn. To acquire knowledge. But I was lost. Like being suspended in a far away night sky. Perhaps the beast was me? No. Your mind was tricking you. If up was down then life was death. I took the rope and placed it around my neck. I called the beast forward. My voice echoed. I pulled the rope around my neck. I pulled and pulled. Until death.

The shaman was walking naked to the creek to wash the dirt from his body.

“Not all of us are meant for knowledge,” he uttered. The universe giveth and the universe taketh. “She now lives only by night.”