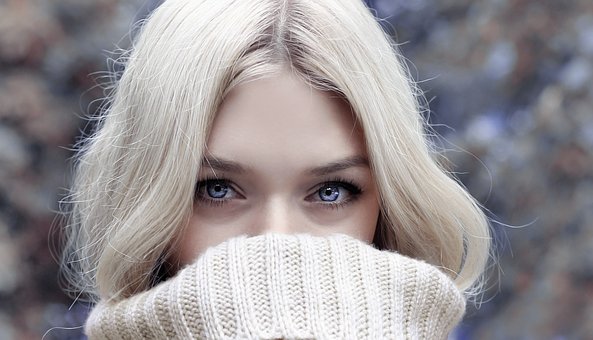 As the police officer fingerprinted me he scowled. “You should be ashamed of yourself, beating up a child.” He then took my mug shot. “Do you need to call your husband?”

I laughed. “I don’t want to talk to that bastard.”

Last summer, my daughter was learning French in a summer program and my friend, who worked for a student exchange company, encouraged me to be a host for an exchange student. “I can make sure you get a French girl. Hannah would love that and she could practice her French.”

I thought about it. I had a nice home in Marin County, two children, a spare bedroom, a husband who worked in Silicon Valley, and we all loved each other. I dreamed of exploring San Francisco or the North Coast on the weekends with my children and the exchange student. We could have picnics and eat noodle salad and cold chicken as we swapped stories of our cultures.

I applied to be a host and a week before the start of the school year I received a package. I was getting a sixteen-year-old Norwegian. Hilde. I was angry and complained to my friend but I didn’t back out. I was a nice person after all. I went to the airport to pick her up. She was a stunning blonde girl with vivid blue eyes. She was curvier than I assumed most Norwegian women. She was a perfect hourglass and had what my mother would call child-bearing hips. Hilde handed me a bag like I was her personal assistant and then fluffed her silky hair.

Hannah was immediately intimidated by her. Hannah was an awkward teenager with the plainness of my mother. My husband stared at Hilde for several seconds, blinked and then didn’t look at her again.

September went by quietly. Hannah had formed a basic friendship with Hilde and I often observed my husband and Hilde chatting and laughing. Hilde barely spoke to me. In the beginning of October, my husband and Hilde began going on short trips to the store or the library. I thought nothing of it.

On Halloween, Hilde began vomiting and said she felt ill. I stopped spreading orange icing on cupcakes and took her to urgent care. They ran some tests and then the doctor came in and gave the diagnosis.

“You have a boyfriend?” I innocently asked.

Hilde looked at me evenly and defiantly. “I love him.”

“Michael.” She fluffed her hair in that annoying diva-like way.

“Your husband.” And then she laughed.

I slapped her repeatedly and pulled her hair and maybe other things. The doctor was yelling and trying to pull me off her. I collapsed crying as I heard sirens from the parking lot.

“I just wanted Hannah to learn French,” I blubbered.