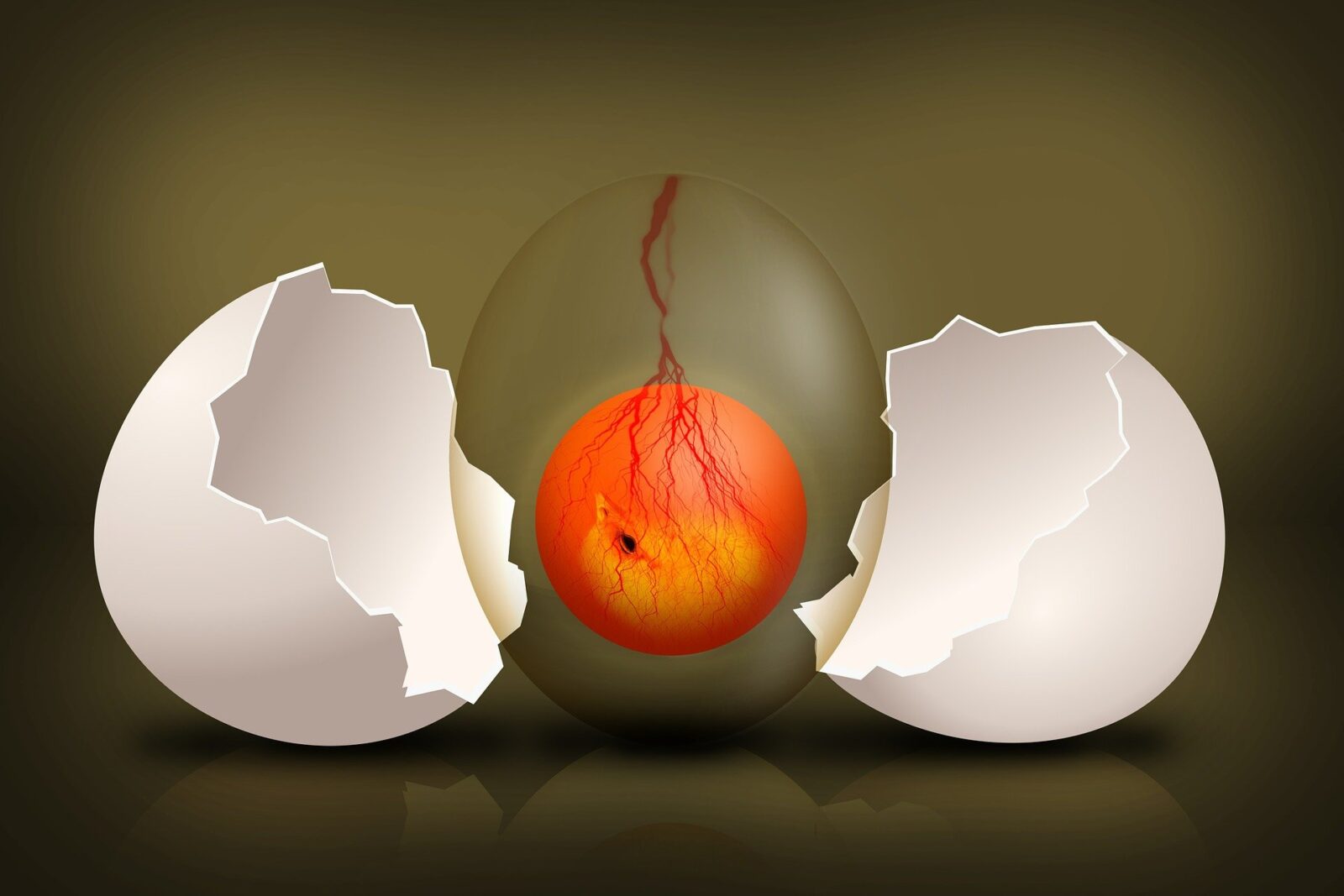 According to a book I read, the Phoenicians, Egyptians, Hindus, and Japanese believed the Earth hatched from a mundane egg. Mundane?

“Mommy, what does mundane mean?”

She was stirring a pot of soup and I could see she was not in a good mood. Adele was playing, there was a bottle labelled “NO TOUCHING” on the counter (that was to warn me), and a martini glass sitting on the counter half empty. Daddy and mommy argued this morning. It woke me up. I played with my dolls until I heard the door slam. From my window I could see my daddy swirl out of the driveway.

I pulled on her t-shirt. “Mommy, mundane?”

Outside the day was a jewel. The grass was like emerald dust. There were fluffy but scant clouds. There was the gold light of the sun. Our small farm seemed drenched in lambent beauty.

“How could this come from a mere mundane egg?” I wondered.

I got the rusted, wire basket to collect the chicken eggs. Mr. Rooster was very bossy this morning so I bossed him back. The hens clucked as I searched for eggs. When I found the seventh one it fell.

“Oh, no.” I could see no bright yolk. I saw a sphere with little people and it was growing.

I ran inside, dropping all the eggs as I hurried.

“Mommy, mommy. There’s a world growing in our world.” She paid no attention. She kept stirring the plot angrily. I made note not to get angry as I grow older as I would miss a great deal of life. I could miss life itself.