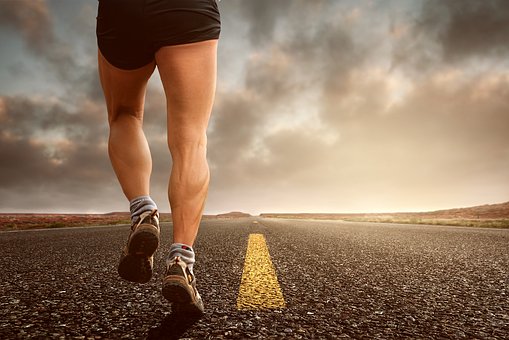 Max Steinberg knew his wife hated him. He watched as she poured gravy over her beef. She then cut into the slice of roast. Succulent juices oozed out. She wasn’t happy.

“I can’t,” said Max with a sigh. “I used the ration coupons for the beef.” As he said that, the sirens wailed. He took quick bites and ate as much of his dinner as he could. “We have to get to the shelter.” Max led Annelise outside. The London sky was dark and there were flashes of light that looked similar to lightning. Max knew it was bombs being dropped. In the shelter, Max wrapped his arms around Annelise. Her body was rigid. Max let his mind wander as distant explosions pummeled the city.

Max Steinberg was raised in Liverpool. He went to Oxford and read art history. He was on the track team and frequently placed in the top three at every meet. Max loved to run and he found that after the third mile he went into a meditative state and could run miles and miles. His last year of college he injured his knee. The doctor told him his running days were over. Max got hired, after graduation, by the university to coach track. Oxford was eager to send runners to the 1936 Olympics in Berlin.

The week before the Olympics, Max went home. He arrived in time for Shabbat.

“I don’t like the idea of you going to Germany,” said his mother. “I’ve heard horrible things from family in Germany and Poland.”

“Nothing will happen. I will be a guest in their country.” Max drank his wine.

“The people that support Hitler are fanatics,” said his father. Max said nothing. The doorbell rang and Hannah Klein was led into the parlor. He knew her from childhood and his parents wanted him to marry her. She was pretty and would probably be a good wife. He didn’t love her. He didn’t think he could ever love her.

Max returned to Oxford and the track team had a party.

“I’d like to thank our coach,” said Harry. “He’s a good Jew.” There was laughter and Max flushed with anger. “I can call you a Jew can’t I?”

Max went to Berlin with the team a few days later. His three runners lost. None made it to the finals. Max was depressed and spent his time roaming Berlin. The armbands with the swastikas made his stomach turn. He sat on a bench in a park and that was when he met Annelise. She was an unhappy woman in a strict, traditional German family. She wanted to leave Germany and explore the world. She wanted to see London. Max fell deeply in love with her and when he left after the closing ceremonies, Annelise was by his side holding two suitcases. Max learned something early on. Annelise was a racist and she was spoiled. He knew she didn’t love him. Max wasn’t even sure he loved himself. He’d heard too many racist comments in his life to love himself.

In the shelter, Max released Annelise and walked the length of the shelter. When the bomb dropped above he saw Annelise’s beautiful face highlighted by sparks and fire. She died that night. Max cried. He was full of sadness. As he was climbing out of the rubble above, he heard a comment.

“We should let Hitler kill all the Jews. Then we wouldn’t have to deal with this bombing mess.” Max laid on the ground and decided he should die like his cousins in Germany and Poland.