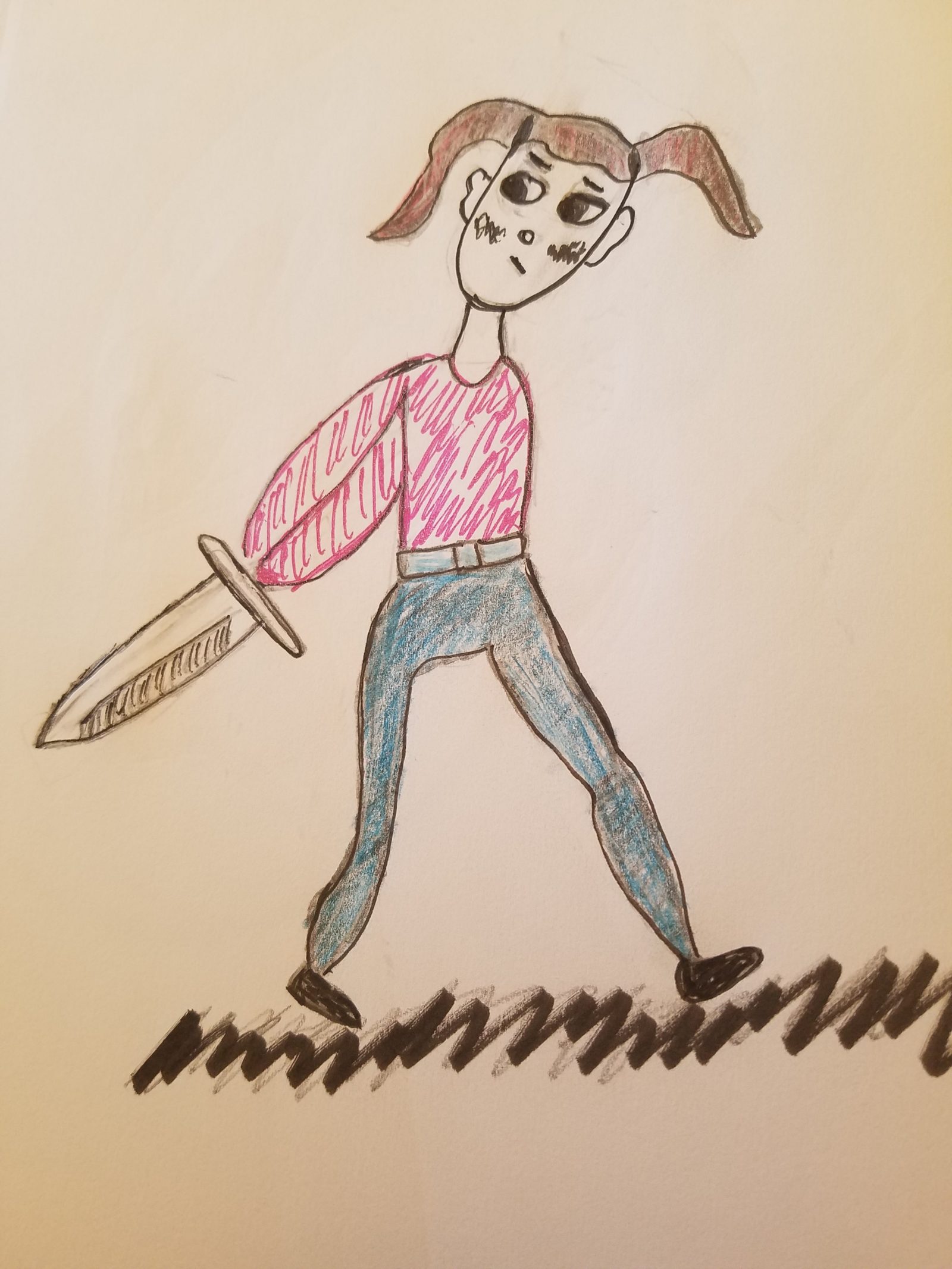 She was just a girl. Her parents made her work on the farm. She fed the chickens, the ducks, the cows, the horses. She was just a girl. Her brother went off at sixteen to fight a war. The country needed him. Her parents sent him off with a cake, hugs, and tears. She was left behind. She started doing more on the farm. She loved the animals. She really did. She had named all the hens and had a favorite rooster she named VeeVee. She rode a horse in the fields. His name was Wally. He was a good horse. Gentle and sweet. He never bucked. He had no wildness in him. Just a sweet demeanor.

It was late autumn and already the frost was crystallizing the land. She rode out across the fields. She needed to survey the growth of the orchards. It was apple picking time. She got off the horse at the end of the orchard and looked at the apples. They were red and ripe and ready to be picked before the snow set in. It didn’t seem as if the frost had damaged their round sweetness. She roamed the orchard and came upon a mound.

“That’s interesting,” she said aloud. She dug her hands through the dirt and hit something hard. It was a giant sword. Well, maybe not giant. She was only twelve and it seemed the sword was half her height. She pulled it out of the dirt and swung it around. She did it easily. The sword felt light in her hands. She slashed it through the air and chopped off an apple branch.

“Papa, I found a sword and chopped a branch.” She lifted the sword above her head.

“Where did you find it?”

“Buried in the field,” she said.

“You must put it back.” Her father looked fearful.

“Girls aren’t heroes. Put it back.”

“You can barely carry it. You drag it behind you.” Her father seemed very concerned. “Put the sword back and live. You don’t want to go to battle. Please. Bury it where you found it and help on the farm. You have a good life and one day you will marry a warrior and then you can give the sword to your husband.”

She didn’t like that at all. She left the farm and drug the sword behind her. She was looking for a battle. Why didn’t her father understand? Girls had to prove their power just as much as men. Yes. She had to prove she was strong. Who cared about a husband? She wanted to be magnificent in her own power.