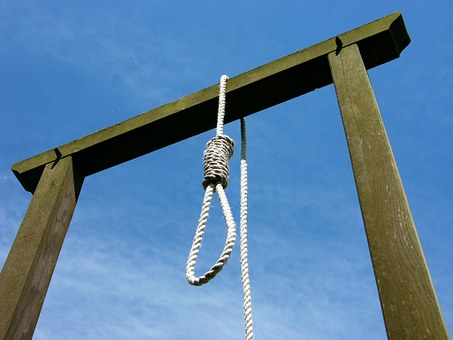 They said I had sex with dogs. Fools. My body grew hot with anger when my aide told me that and then I began to chuckle because I imagined small Chilla dogs with their small tails and snub noses. Truly, the most clownish of dogs. I would have preferred to be accused of coupling with an Allman dog. They were large, brave, and excellent guards. I had three that slept in my room. They would bite anyone’s throat if commanded.

I am sitting in jail. My enemies have removed me from office. My name is Cassilla or Cass for short. Cass was gender ambiguous. I preferred President Cass. My jailers have given me paper, pencils, and a volume of the Boorada. The Boorada was a history of our land and a religious text. Two Gods ruled our land. Male and female. I was a female without a husband. I ruled on my terms. The Boorada was out of date and deeply misogynistic.

I wasn’t jailed because of the Boorada. I was jailed because of Malcolm – the leader of the Senate. His hunger for power knew no bounds. He was jealous of my ascension through the ranks. It was no easy task. I began in the Navy and climbed until I was President Cass. I had my enemies. I had Malcolm. Not surprisingly, he managed to evade every war, while I engaged in all of them. I earned stripes and medals. I was a hero. I deserved to be president.
After two weeks in jail and over one hundred pages detailing my political theory, Malcolm showed his face into my cell.

“The woman who has sex with dogs. I greet you.”

I spat in his face.

“I’ve come to tell you there is a planned execution.” He didn’t wipe my spit from his face.

“Treason. You conspired with the Treans.”

“I have a witness.” Malcolm smiled.

“Oh?” I backed away. “Is this witness sitting in this jail too? The people would not allow it.”

“The people think you’re a pig who has sex with dogs. You are deeply unpopular.” He pointed to the pile of papers. “Keep writing your memoirs. Of course, it will all go into the fire.”

A week later, guards came and led me to the gallows. Malcolm stood near the noose.

“Dearest people, we have learned that women cannot lead. They are corrupt and filthy. They are enemies of the state. Tie your women to the house. Do you have anything to say Cass?” Malcolm was smiling brightly.

I swallowed hard. “I do not lie with dogs or filth. I respected my office and my people. Women can lead. Let your women be free.”

Malcolm smiled and then the executioner placed the noose around my neck. That is when shots rang out. Malcolm collapsed and so did the executioner. Someone untied my hands and removed my noose. The crowd was in chaos. A guard rushed me off the gallows.

“We’re under orders to make you president again.” The young guard shoved my voluminous pages on freedom and democracy into my hands that I had been writing in jail. “Be the president.”

I could see Malcolm staining the gallows with his blood. Justice is slow but sometimes it comes at just the right moment.