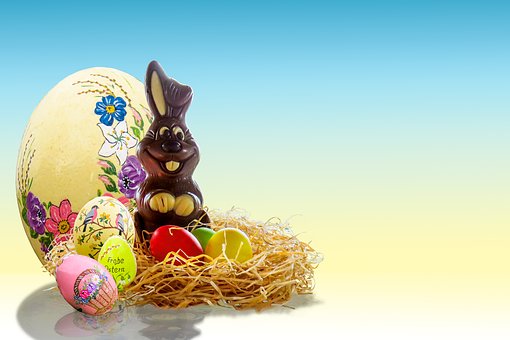 There was a freak snowstorm on Easter. I had the day shift in the ER at Chicago General. Snowflakes, heavy ones, were battering the windows.

“All those Easter egg hunts had to be canceled,” said Nurse Janice. “All the kids are probably disappointed.”

“They can still have their chocolate eggs. The hunts probably got moved indoors.” I assured her.

It was relatively quiet. We had a Diabetic low on insulin, a bad case of strep throat, and a woman who cut herself with a butcher knife dicing chicken. I was the ER doctor and I tended to all of them and then went to the wide windows and watched the snow. The city seemed oddly quiet.

We got a call in from the paramedics around three. A patient was incoming. A few minutes later they wheeled him in. His skin was gray and decaying in areas and those areas had a green hue. His eyes were closed and he looked dead. Several days dead.

“What the hell?” I exclaimed.

“He’s got a pulse but…” The paramedic was looking at me with fear.

“His temperature is fifty degrees and I can’t get a read on the blood pressure.”

I shook my head and placed my stethoscope on his chest. I could hear faintly his heart.

“Get him to the exam room.”

Nurse Janice and two other nurses busied themselves with hooking up monitors and putting an oxygen mask on his face. I called for Doctor Khan. When Nurse Janice punctured the skin for the IV, green ooze erupted from his hand. I signaled the hospital via intercom that a quarantine was being put in place.

“Everyone put on Hazmat suits.” It was chaos for several minutes and then the man sat up, grinned wickedly and bit a nurse through the hazmat suit. I fled in panic and I noticed the paramedics were now the same color as the man and walking around confused. I also noticed the housewife with the cut. She was gray and chasing a doctor. I ran outside into the snow storm. I had no jacket. My running was slowed by the snow. I realized there were no cars or people on the street. I kept running and saw two black teenagers on a street corner. They were standing over something on the ground. I approached. It was someone in a Easter Bunny costume. A basket of eggs was sitting next to him. I rushed forward.

“Are you alright? Can you hear me?” I asked. I still had my stethoscope around my neck and was ready, despite the horror, to attend the ill. The bunny sat up and I saw green ooze dripping from its mouth. I stood up and backed away. The bunny started growling and throwing chocolate Easter eggs at me.

One of the black teenagers screeched. “The Easter Bunny is a zombie. He’s bananas.”

“Yo, someone get him some carrots or something,” yelled the other kid.

I ran and the Easter Bunny pursued me through the Chicago streets, now overrun by zombies, and little zombie children who were in hot pursuit of the bunny and his eggs.