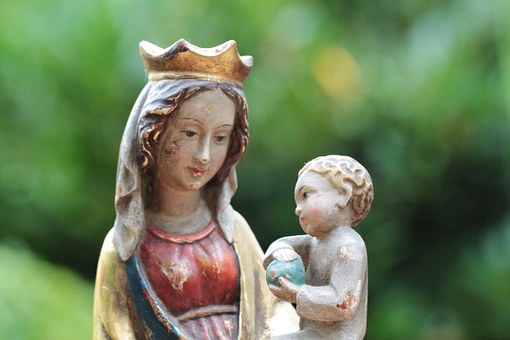 “You filthy pig.” The daughter, middle-aged with spreading hips, yelled at the feeble woman whose hand was shaking. Tomato soup had slopped onto the table littered with cereal boxes, cigarette packs, and a towering ashtray with ashes shaped like Mount Everest.

“I’m sorry,” said the mother. She sounded like a child. More vulnerable than the daughter’s two children, a boy, and a girl, both under six years old.

“I’m sorry,” mocked the daughter. Her eyes glittered with anger and maybe hate. Why did she have to be her mother’s caretaker? The other siblings had moved out of state or in a neighboring city without a car. The siblings had lives. That’s what they said. You’re perfect to care for her, said Donny. You need a place to stay and mother has a house. Rebecca squeezed her hands into fists. So that’s my life now? My husband leaves me and I get stuck with mother?

Rebecca stood from the table and slammed pans and threw silverware.

“You’re always making a mess, mother. “ The vitriol dripped from her words.

The poor mother tried to dab at the soup with a napkin. She started crying.

“Why are you so mean?” she asked in a weak voice.

“Why are you so filthy? Go to your room. Go. Go watch your shows. I’ve got to clean up your stupid mess.”

Things went on this way for two years until the mother died. The woman might have lived longer but the stress of being yelled at every day deeply gutted her. Rebecca cried terribly when the mother died. She cried more than the siblings. The neighbor, Mrs. Whittaker, didn’t understand it. She heard all the yelling and even made a report to the Elder Abuse Hotline. Why would Rebecca grieve so much?

As it turned out, a lawyer came to the house on Mother’s Day, a week after the mother’s death, and told Rebecca the house was bequeathed to the Church to be used as a group home. Rebecca crumpled. All that time and she was sure the house was hers or at least to split with the siblings so she could find a decent apartment. Now she had nothing for dedicating a few years of her life to her mother.

Rebecca and the siblings sorted through the house. Tanya found a hat, an old Easter one mother had worn to Church, and she saw, sewn into the rim of the inside of the hat a message. IF YOU HAVE CHILDREN YOU WILL STILL DIE ALONE. DON’T HAVE CHILDREN. Tanya tossed the hat.

No one, especially Rebecca, was listening as they were too busy pillaging the house for something valuable.