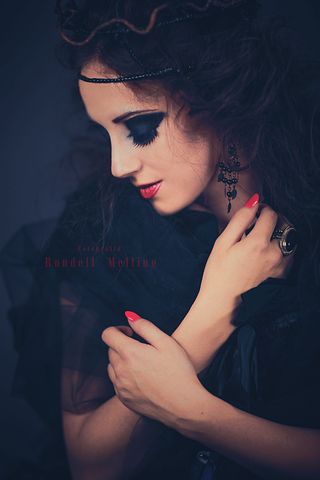 November 22, 2019 Brian Coyle Leave a comment
For shame deny that thou bear’st love to any,
Who for thyself art so unprovident.
Grant if thou wilt, thou art belov’d of many,
But that thou none lov’st is most evident;
For thou art so possessed with murd’rous hate
That ‘gainst thyself thou stick’st not to conspire,
Seeking that beauteous roof to ruinate
Which to repair should be thy chief desire.
O change thy thought, that I may change my mind.
Shall hate be fairer lodged than gentle love?
Be as thy presence is, gracious and kind,
Or to thyself at least kind-hearted prove.
Make thee another self for love of me,
That beauty still may live in thine or thee.
-Sonnet 10
Based on Shakespeare’s Sonnet 10

The widow, in her voluminous black dress and veil, stood at the gravesite while the priest uttered vows and people, she barely knew on her husband’s side, stood and dabbed their eyes on this frigid November morning. The widow was composed. The man being buried was a monster. She got pregnant once and went to a woman who induced abortions. The widow was sick for several weeks and then she got her period. The panic was over. She had no intention of propagating her husband’s seed. He was a mean man. It would do the world a grave disservice to spread his kind. Or her kind, she thought with a laugh.

Edward was handsome in his younger years. Devil like handsome. But he grew craggy, fat, and careless with his looks. His hair thinned and he stopped brushing it. The widow, Tabitha, married him in his 49th year when she was just 23 years-old. She had no hope for a love match. The exchange was transactional. Her family needed money and Edward had money. She endured his anger, belligerence, and flatulence. They had separate bedrooms a week into their marriage.

Her eye was on his brother. Younger, gentler, and handsome. He stood next to her at the funeral and she leaned her head on his shoulder. What marvelous children they would have, she thought.

People began to throw flowers into the grave. The widow stepped forward and dropped a lily. She boarded her carriage for the estate, not far away, as the family plot was on the grounds. A feast had been prepared and bottles of Brandy and whiskey had been ordered. The fiddle was tuned. The Wake had begun.

The widow drank copiously and lured the brother upstairs to her bedroom.

“We should marry at the opportune time. We would have beautiful children.”

The brother pushed her away. “You’re drunk. I should never marry my brother’s widow. You are getting old.”

“Just thirty.” She slurred her words.

“No children either. You’re barren.” The brother was disgusted and pushed her hands away. The widow looked at herself in the mirror. She saw age and death. She crumpled to the floor. She would be alone. The fiddle began and it drowned her pain. A widow without a plan was a widow dead.